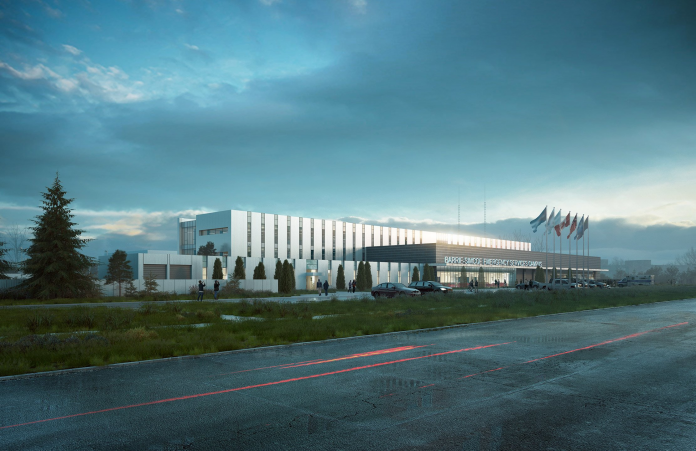 Despite a nine-week strike by unionized sheet metal workers and a short job action by plumbers and pipefitters, the Barrie-Simcoe Emergency Services Campus is progressing on schedule and city police are planning to move into the new digs next January.

“Major site construction is ongoing and has been progressing well,” said Jessica Liefl, facility planning and development manager at the City of Barrie. “Project staff have effectively focused their efforts on critical path areas of work to remain on schedule during the labour disruption.”

The Ontario Pipe Trades Council reached a collective bargaining agreement with the Mechanical Contractors Association of Ontario in June, ending their week-long strike.

Four trades, out of 25, have yet to settle contracts: boilermakers, ironworkers, tile and terrazzo and painters. None of those groups would impact the Barrie site.

“None of them are crucial to that facility,” said Wayne Peterson, executive director at the Construction Employers Co-ordinating Council of Ontario (CECCO).

“We don’t expect any of the four remaining to strike.”

The emergency services campus – now approximately 65-per-cent completed – is a partnership between the City of Barrie and County of Simcoe. The modern facility will house the Barrie Police Service, Simcoe County Paramedic Services and Barrie Fire and Emergency Service backup dispatch communications in one location at 110 Fairview Road in Barrie.

Work is expected to be complete by December.

Here’s where the construction stands today:

The average daily labour force has numbered approximately 110 workers, but was reduced by approximately 40 per cent during construction union labour negotiations and strike action.

Hard construction costs are currently forecast to be under budgeted figures by about three per cent. Based on terms of the project contract, half of the savings are directed to the project team to share and the other half will go to the owner group with the City of Barrie receiving about 76 per cent of surplus funds.

The first phase of the campus is expected to cost more than $103 million. The campus will include a 179,200-sq. ft. administrative centre and a separate garage for repairing police vehicles.

The second phase, which includes a 48,500 sq. ft. firearms range and police and fire training centre, was postponed indefinitely by city council as a cost-saving measure last year.