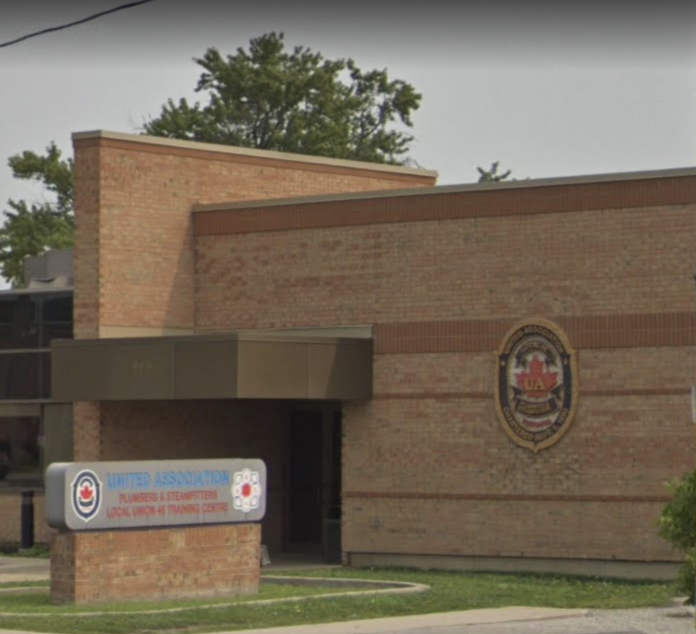 Almost a month after Ontario’s unionized sheet metal construction workers walked off the job in a dispute relating to hours of work and union hiring hall powers, about 12,000 plumbers and pipefitters laid down their tools and took up picket signs at midnight Friday – setting the stage for significant job disruptions and delays.

Both unions are resisting demands by their counterpart employer bargaining agencies for an increase in the work-week from 36 hours to 40 hours, with employers having the right to “name” employees to work anywhere in the province, rather than relying on union hiring halls to select their workers.

The plumbers and pipefitters, members of the Ontario Pipe Trades Council (OPTC), say their walk-out is their first strike in three decades.

In a news release, the OPTC says the main issue of concern is the hours of work. In a statement, OPTC says it was hopeful it would “see some movement on the position by the Mechanical Contractors Association of Ontario (MCAO), but the management side has been entrenched on a key issue and has not been willing to move.”

The strike occurred after the MCAO presented a “final offer” just minutes before the union members were to walk off the job last Tuesday. The union determined that, under provincial labour law, it needed to present the offer to its members and seek a secret ballot vote on it before going on strike.

“It would be a misnomer to call this round of talks a negotiation,” said Ross Tius, chairman of the OPTC bargaining committee. “We have met with the contractors several times over the past few months, and they have not been willing to compromise or change their position. They want to drastically change the working conditions of our member, and that is unacceptable to us.”

Under the previous contracts, the sheet metal workers, plumbers and pipefitters would generally work a four-day, nine hour schedule, often taking Fridays off or work eight hour shifts Monday to Thursday and four hours on Friday.

Employers have complained that this working arrangement – and the mandatory requirement to take workers sent from the “top of the list” from local union hiring halls – puts them at an economic disadvantage to non-union contractors or contractors represented by the Christian Labour Association of Canada (CLAC), which encourages its members to develop a diversity of skills, with workplace scheduling flexibility.

However, the plumbers and pipefitters say the current arrangements work well for both employees and employers. “The current work week allows the contractor the flexibility in scheduling work which also allows our members to schedule personal appointments and training classes without a loss of employment hours – it’s a benefit to both sides,” the OPTC statement said.

“Instead of working with us, the MCAO has taken an adversarial approach and is forcing our membership to go on strike to protect one of our core values,” said Jim Hogarth, the OPTC’s business manager. “It’s a sad day when after 30 years of relative labour harmony between our two organizations that they have taken this hardline approach.”

The sheet metal workers have been alone on the picket lines since early May, fighting for similar issues. Employer bargaining authorities had sought concessions from the International Brotherhood of Electrical Workers (IBEW), but under their no-strike/lockout protocol, once a deadline had passed, the employers were required to drop their demands – resulting in an agreement that retained workers’ existing hours and hiring hall rights.

At present, even for the sheet metal workers and plumbers, union locals operate under different rules, and some locals currently have 40 hour work weeks, and “named hiring” where employers, rather than the union, can select who is hired.

“Hamilton, Windsor and Thunder Bay have full name hiring,” Wayne Peterson, executive director of the Construction Employers Co-ordinating Council of Ontario (CECCO), said in an earlier interview, though, at least for the plumbers and pipefitters, one member has made it clear that Hamilton’s industrial, commercial and institutional plumbers work a 36 hour week.

Peterson said in an interview last week that possibly a negotiated compromise could be arranged, perhaps setting a “sunset clause” on the naming rights or work-week, or establishing certain jobs and conditions where different rules would apply, while in others the existing arrangements would continue.

Meanwhile, most other labour bargaining groups have settled, though some haven’t resolved their issues yet.

The iron workers will start meeting with employer negotiators this week, and the boilermakers haven’t reached a deal, Peterson said. Some Painters’ Union members have not resolved their contracts, and the tile and terrazzo workers have not settled yet. In both of these cases, the outstanding issues relate to wages, rather than work hours and naming rights, Peterson said.

The question about how much the current dispute will affect construction job sites is unclear, though obviously the addition of plumbers and pipefitters to sheet metal workers will cause more disruption and delays, especially if the dispute lasts any length of time.

The Sheet Metals Workers’ and Roofers’ Union Local 30 says it has not been picketing job sites under protocols set out by the Central Ontario Building Trades (CBOT).

“We need to have the site visited by a CBOT rep and have PROOF that our work is being done by someone who is non-union or not on strike (management),” the union’s leadership reported on its Facebook page. “In order to send the COBT rep we need to have evidence. That means witnesses who are willing to step up or actual photos of our work being done.”

However, last week, one Local 30 member was hurt when a car would not stop at a non-site picket line. The union reports he was released from hospital later in the day and has returned to the picket line.