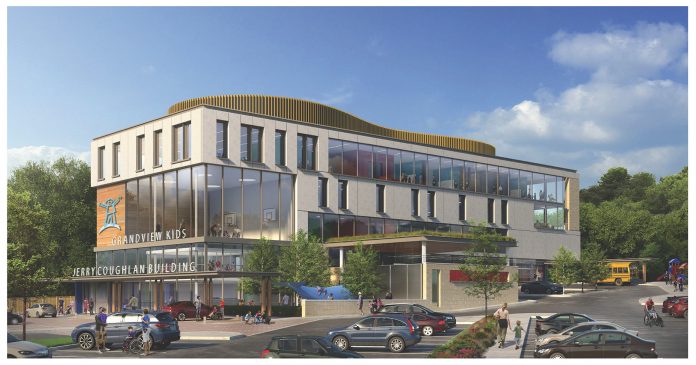 Mark Holland, MP for Ajax, announced today that the federal government will invest $17.5 million to help fund a new children’s centre in Ajax.

The Grandview Children’s Centre will be a 130,000 square foot publicly accessible facility that will help to answer a growing need for therapy and support for children with special needs in the region.

The new facility is expected to reduce the current 3,900 person waitlist for services, through its estimated 80,000 annual visits.

“Ensuring that communities across Canada have modern social infrastructure is essential to building a healthy, sustainable future. The new Grandview Children’s Centre will enable more children and their families in the Region of Durham to have access to the services and supports that they need for years to come,” Holland said.

The funding is coming from the Community, Culture, and Recreation Infrastructure Stream of the Investing in Canada plan. Ontario’s government will contribute $31 million and the Grandview Children’s Centre Foundation’s Believe campaign is contributing $13.5 million. The latter includes funds from Durham Region and the town of Ajax.

“Today’s announcement starts a new and exciting chapter for Grandview — one that we are tremendously honoured to be a part of. As a result of the generosity of many partners and supporters, Ajax will soon be home to a new state-of-the-art treatment centre,” said Ajax mayor Shaun Collier.

“Grandview’s inspirational story began with some determined Oshawa parents in 1953,” said John Henry, Durham regional chair of Grandview. “Since then, Grandview has continuously evolved to serve more families and children living with physical and developmental challenges. The range of services has constantly expanded to meet the special needs of more children, truly making a difference in their lives.”

Grandview Children’s Centre is an independently owned not-for-profit. Its programs include occupation and physiotherapy, speech language pathology, autism services, audiology, and social work, to name a few. It began with parents who were travelling to Toronto to access care for their children. Its current Oshawa facility was built in 1983 to service 400 children with special needs. In 2017 demand for services reached 8,000 children, while the Oshawa location and its five satellites had the capacity to serve 6,000 of them.