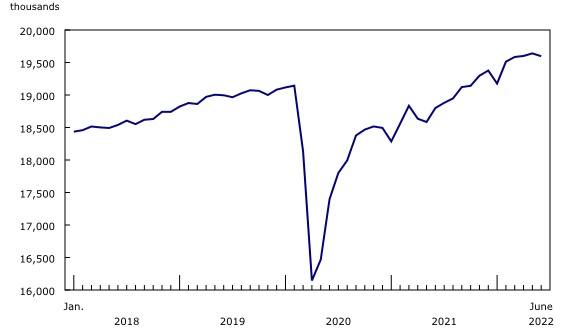 More than 24,700 Ontario workers lost their jobs in June, according to Statistics Canada.

“After several consecutive months of job growth, today’s news is a reminder that the government’s efforts to attract job creators to our province is now more important than ever,” said Vic Fedeli, Minister of Economic Development, Job Creation and Trade.

The government “will leave no stone unturned when it comes to building the infrastructure necessary to unlock the full potential of the province’s economy,” he said.

He highlighted employment in highways and transit projects and the road to the Ring of Fire, a large chromite mining project in the James Bay lowlands.

“With existing challenges, including an uncertain economic global climate, it’s all hands-on deck. Now is the time for unity and working together,” he said.

The Ontario government says the cost of doing business in the province has been reduced by $7 billion a year, he said, and by injecting hundreds of millions of dollars into Ontario’s venture capital ecosystem, it has created the best possible conditions for businesses to grow.