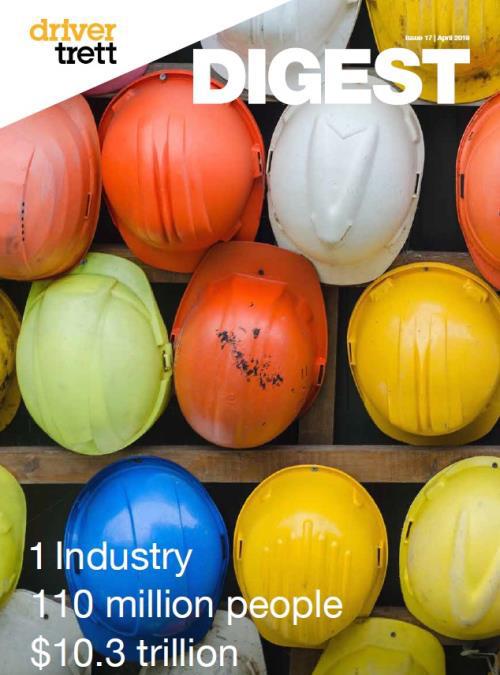 Many aspects of the new Ontario Construction Act adjudication provisions are modelled on the United Kingdom’s law, introduced about two decades ago. In this article republished with permission from the Driver Trett Digest, Alistair Cull, operations director, Driver Trett UK, describes some of the challenges that have occurred as the adjudication process evolved there.

It is hard to believe that adjudication has been with us in the UK for 20 years having been introduced back in May 1998. Adjudication was originally intended to be used for relatively simple small-scale disputes concerning cashflow. Any party to a construction contract could refer a dispute at any time, to an independent third party for resolution within 28 days, unless extended. The decision reached by the adjudicator being binding on the parties unless and until it was finally determined by arbitration or litigation.

In the initial years the process worked as intended. Decisions were reached and the industry’s “lifeblood” (money) flowed. The fast-track nature of the process meant that there was not the luxury of time for each and every point to be thoroughly examined, and this led to adjudication being referred to as ‘quick and dirty’ or ‘rough justice’.

Since these early decisions the process of adjudication in the UK has evolved along with the disputes that are being referred. The matters that are now being considered by adjudicators are often large and complex, a far cry from the original intention.

As a result, the cost of adjudication has also increased significantly. More often than not one or both parties have legal representation and depending on the nature of the dispute, expert evidence may also be required. There has also been a shift towards a general lengthening of the process between the planned 28 day or 42 day period, with each party making and responding to a number of submissions, Until the submissions stop the adjudicator cannot finally consider the matters and arrive at his decision.

So what factors have led to these changes within the UK adjudication process? There are likely to be myriad of possible explanations but from my experience the reasons can be summarized in to the following broad categories: referring a matter that is too large; complex technical matters; and poorly presented submissions. Taking each of these in turn:

Matters that are too large

I have been appointed an expert in several adjudications where one party is effectively seeking a decision on the entire final account. The matters to be considered include the evaluation of both unagreed instructed and disputed variations; the assessment of extensions of time and any associated costs and the evaluation of contra charges.

It is not reasonable or realistic to expect the responding party to review, consider and respond to such a submission in either seven days or 14 days, particularly if the referring party has been secretly preparing its documentation over a number of months and effectively launches an ambush. As with any generalization there is an exception – if one party has sat on their hands and not dealt with submissions, which later form the basis of the referral, then the seven or 14 day period could be considered reasonable.

In order to respond to the claim that is being made the responding party is likely to be faced with the prospect of employing additional external resources, be that independent expert evidence or simply additional commercial resources, and/or diverting internal resources from elsewhere in the business, or both.

Modern construction is becoming more and more complex especially in relation to the mechanical and electrical service installations. Therefore, any disputes surrounding complex technical issues are likely to require expert evidence on both sides and there may also be a need to have an oral hearing in order that the adjudicator fully understands the issues and complexities involved.

Responding to a referral in a limited period is difficult at the best of times, let alone trying to respond to one that is poorly put together. It is in the referring party’s best interest to ensure that the document is concise, fully supported, and as logically put together as possible. At the end of the day the objective is to make it as easy as possible for the adjudicator to understand your case and hopefully come to the right decision. The responding party should always be in the position of understanding the case that is being presented. If the responding party cannot understand the case being presented having ‘project knowledge’, then what chance does the adjudicator have? On the basis that the referring party controls the commencement of proceedings, no adjudication should be commenced until the documentation is the best it can be.

The above observations are based on my own experiences in the UK. Other countries around the globe, including Canada, Ireland and Singapore are introducing, or considering the introduction of adju8ciation and therefore it will be interesting to see if their process follows the experiences of the UK, or whether lessons will be learnt.

So is adjudication fit for purpose? Well, it is my opinion that it depends on the nature and type of dispute being referred. If the matter in dispute is a simple discreet issue, this should be capable of being dealt with in the prescribed periods. However, there is no guarantee as defences and legal challenges may be raised therefore, delaying the process.

If the dispute comprises numerous elements or is technically complex, then adjudication may not be the correct forum. Yes, the timetable can be extended to allow each party sufficient time to produce its various submissions, but this is likely to only lead to the cost of ‘adjudicating’ the matter running into tens of thousands of pounds, especially if there is a hearing held. Effectively the process becomes almost a quasi-judicial hearing. It must also be remembered that each party bears its own costs with the losing party generally picking up the adjudicator’s costs as well.

Therefore, prior to commencing an adjudication the referring party needs to give careful consideration to the realistic level of recovery when compared to the cost of the adjudication and then factor in the ‘rough justice’ element. Having done this calculation it may become evident that in fact the better course of action is to sit down and have a sensible discussion.

Driver Trett can be reached in Toronto at (905) 247-0160. For more information visit drivertrett.com.