Alberta’s government is building a wildlife overpass across the Trans-Canada Highway in the Bow Valley area to reduce the risk of wildlife-vehicle collisions.

Construction of the wildlife crossing has begun and is expected to be complete by fall 2023. The project will create 102 jobs. The overpass includes 12 kilometres of wildlife fencing along the highway to help guide wildlife toward safe crossing points.

In 2019, seven elk were killed when a semi-trailer collided with a herd on the TransCanada Highway near Canmore,AB and residents began looking for ways to improve safety. 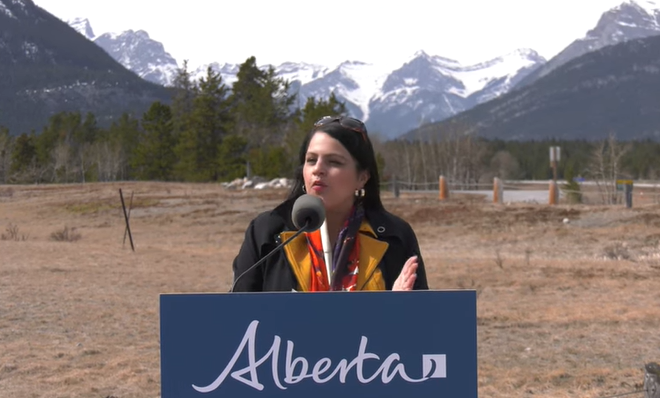 “That collision underscored the need for construction of an overpass to allow wildlife to cross the highway safely and to reduce the chances of collisions with vehicles,” Rajan Sawhney, minister of transportation, said at a ground-breaking ceremony.

The site was selected after Yellowstone to Yukon Conservation – a joint Canada-United States not-for-profit organization dedicated to protecting wildlife and wilderness in the Rocky Mountains identified it as a “logical choice.”

Chief Clifford Poucette of Wesley First Nation said a lot of trails animals use in the area were “natural and traditional paths for migration and feeding.”

“This overpass will drastically reduce the chances of wildlife-vehicle collisions. The overpass will not only increase safety for the travelling public and wildlife, it will save thousands of dollars each year in property damage caused by collisions.

The wildlife crossing will be located east of Canmore near Lac Des Arcs and is the first wildlife overpass to be built outside of Banff National Park.

“The proper coexistence of humans and wildlife is integral to life in the Bow Valley. This overpass, the first of its kind outside a national park in Alberta, will help keep all visitors, commuters and wildlife that travel the Trans-Canada Highway safe on their journey,” said Miranda Rosin, MLA for Banff-Kananaskis

It is expected that the Bow Valley Gap overpass will be used by elk, bears and other wildlife and provide vital infrastructure that further protects the environmentally sensitive area, ensures a thriving and reconnected wildlife habitat and increases vehicle safety for everyone on the Trans-Canada Highway.”

“We are extremely pleased to learn of the new wildlife overpass to be constructed just east of Lac Des Arcs. This overpass is another important step to protecting wildlife in the Bow Corridor, serving as an important connection for wildlife across an increasingly busy Trans-Canada Highway, said Canmore Mayor Sean Krausert.