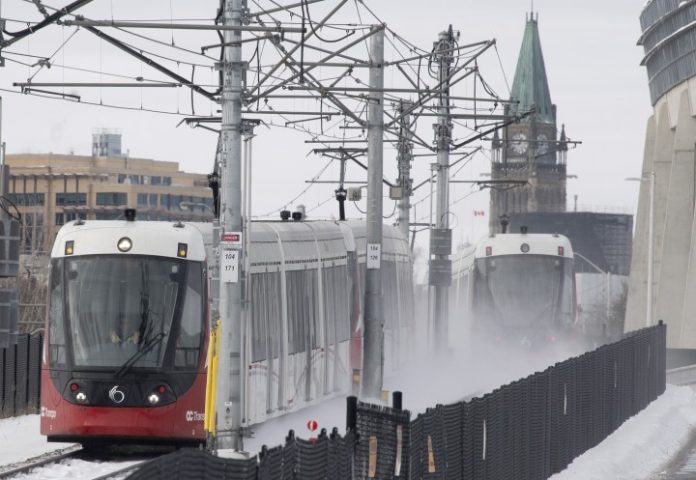 Steve Kanellakos’s opening remarks at an emergency meeting of the city’s transit commission put into focus the anger directed at city hall over a new transit line that seemingly can’t run without drama.

The ongoing problems with have attracted attention from outside the capital from cities eyeing similar LRT systems, or, in the case of Metrolinx in the Toronto area, purchasing the same cars made by French-based multinational Alstom.

“It’s not important just on an Ottawa level,” said Coun. Jan Harder, a longtime representative for the southern suburb of Barrhaven.

Speaking of the city’s transit riders, Harder said, “People are being very patient. They’re counting on us to turn this train around.”

Kanellakos said no one overseeing the national capital’s transit service predicted that the $2.1-billion system — funded by local, provincial and federal dollars — would face the number of problems it has.

“No one could anticipate that we would have to literally throw our plan into the waste can and come up with a new plan to be able to deliver services,” Kanellakos said during Thursday’s meeting.

“If you do believe that we have not done everything possible to improve this system, make this better … dismiss your city manager,” he added later. “Don’t take out the people that are killing themselves every day to try and fix this system and make it better.”

Since the new train line took over from a busway as the spine of Ottawa’s transit service in October, it has been repeatedly brought to a halt by problems with stuck doors on the fleet of trains and failing onboard computers.

Rail switches have gotten stuck in a heavy snowfall — apparently because the private company that maintains the line under a long-term public-private partnership deal made a mistake with staffing.

Several of the problems popping up in recent days, as snow and deep cold took hold in Ottawa for the first time this winter, were identified as deficiencies during winter testing last year.

The switches will be tested again, along with maintenance plans, in coming days. The forecast for the weekend calls for the same amount of snow that has caused problems before.

Shortages of trains on what’s known as the Confederation Line have persisted all week, forcing the city’s transit agency, OC Transpo, to run extra buses to handle the demand.

The company contracted to maintain the system, Rideau Transit Maintenance, said it is bringing in a team of outside rail experts to help after acknowledging a lack of in-house expertise.

It is also looking at ways to keep the switches clear, such as boosting heaters along the rails to melt snow and having more workers bearing blowtorches out in storms.

The city’s transit commission also heard that some other issues appear to have been resolved, such as a serious software glitch in onboard computers. Riders are also now appearing to heed calls to stop blocking train doors from closing.

But members of the commission are also concerned about what the slip-ups on the Confederation Line might mean for the next phase of light-rail work. That’s an even bigger project than the first 12.5-kilometre line. It’s already begun and is supposed to extend service to much more of the capital by 2023.