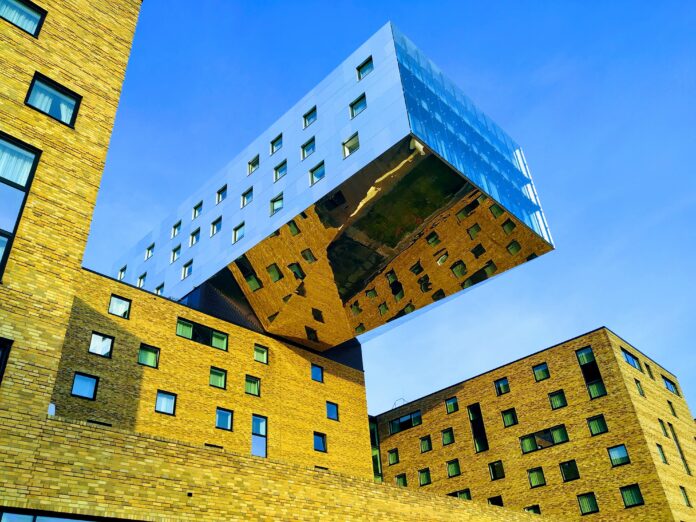 The designers of the Nhow Hotel in Berlin had some fun with architectural imagery, reflected in this image posted recently on a Google Product Experts forum.

The hotel, designed by architect Sergei Tehoban, is described in a 2012 news release as “hard-edged architecture meets playful design.”

The hotel is in a former industrial neighbourhood, gentrified to accommodate the fashion and music industries, along with numerous bars and clubs.

“To the sides, the East and West Towers (of the hotel) take on elements of the pre-existing adjacent storage buildings with their uneven brick facades, while the centre of the UpperTower (floors 8 to 10) appears to float at a height of 36 metres over the Spree (River),” the statement says.

At this point, the architect “approached the limits of that which is structurally possible, the Upper Tower protruding 21 metres out fro the building over the banks of the Spree.”