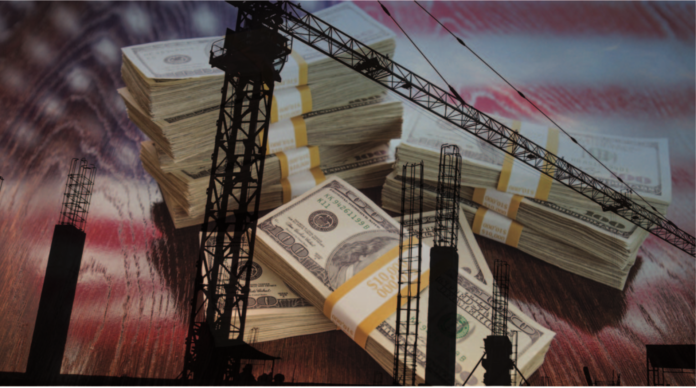 U.S. President Joe Biden has unveiled plan for $2.2 trillion in infrastructure spending, leaving Canadian businesses, contractors and suppliers wondering if they will be able to share in the bounty.

“We’re going to make sure that we buy American . . . that means investing in American-based companies and American workers,” Biden said in a press conference at a training facility for carpenters in Pittsburgh.

“Not a contract will go out, that I control, that will not go to a company that is an American company with American products all the way down the line, and American workers.”

Canadian stakeholders familiar with Biden’s campaign promises to impose more rigid “Buy American” rules for government contracts, are anxiously waiting for news on how new restrictions will be enforced.

“There’s a lot of uncertainty here — the numbers are very large, the concerns are pretty profound and the track record of Democrats over the last several decades has not been one of openness to trade.”

It’s the first piece of a 10-year, $4-trillion plan to rebuild the U.S. economy by restoring the lustre of American manufacturing, overhauling home care, renewing roads and bridges and building electric-vehicle charging stations.

“It’s not a plan that tinkers around the edges,” Biden said. “It’s a once-in-a-generation investment in America unlike anything we’ve seen or done since we built the interstate highway system and the space race decades ago. In fact, it’s the largest American jobs investment since World War II. It will create millions of jobs, good-paying jobs.”

The White House says the largest chunk of the proposal includes $621 billion US for roads, bridges, public transit, electric vehicle charging stations and other transportation infrastructure.

An additional $111 billion would go to replace lead water pipes and upgrade sewers. Broadband internet would blanket the country for $100 billion.

Separately, $100 billion would upgrade the power grid to deliver clean electricity. Homes would get retrofitted, schools modernized, workers trained and hospitals renovated under the plan, which also seeks to strengthen U.S. manufacturing.