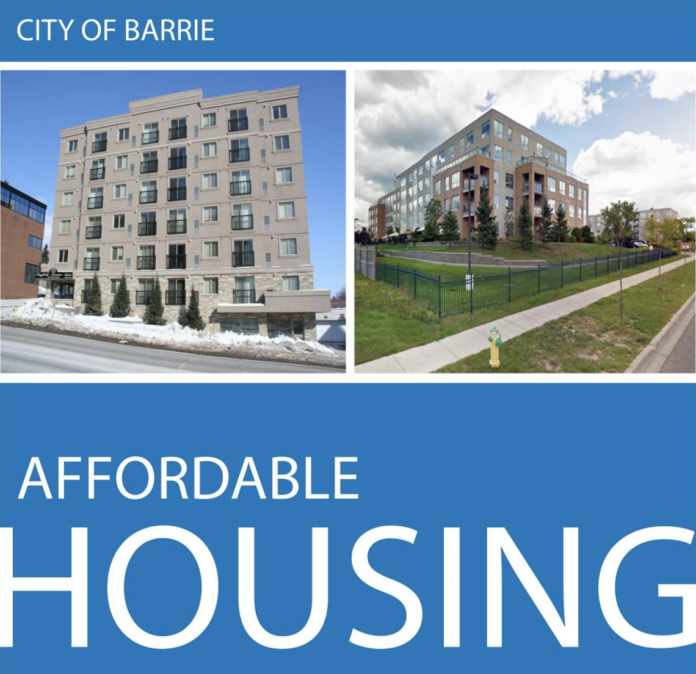 Barrie city council is hoping to expand the city’s stock of affordable housing by building units on land currently designated as institutional.

At a recent meeting, councillors voted to write letters to all owners of institutionally designated properties in the city explaining the intention to allow housing as-of-right on their properties, and inviting them to contact the city to discuss the potential for the construction of affordable housing.

“I think many of these organizations – whether service clubs or places of worship – they want to step up and help the community,” said Mayor Jeff Lehman, “and this is a way to give them a little bit of help to be able to partner with and bring the community together by building more affordable housing.”

The program could begin this fall with proposed changes to the city’s Official Plan (OP) and Zoning Bylaw to allow residential uses on institutional land, which is currently not permitted.

Facing a worsening housing crisis Barrie is looking for sites that haven’t been traditionally used for housing.

The city has initiated the Official Plan and zoning bylaw changes for affordable housing, according to Lehman, and there was a public meeting in June. A staff report to planning committee is expected in the second week of September.

“This is quite possibly the most significant thing we have done in probably a year and a half to increase affordability in Barrie,” said Coun. Sergio Morales.

“People who want to live in Barrie are getting to the point where they can no longer afford to live and they’re leaving, not because they want to, but because they have no other option.”

Facing a worsening housing crisis Barrie is looking for sites that haven’t been traditionally used for housing.

According to PadMapper.com, a one-bedroom in Barrie rose 4.8 per cent in July to an average of $1,730 – $20 more than what renters would pay in Toronto, which slipped to fourth place, behind Barrie, Vancouver and Burnaby.

Council also instructed the affordable housing task force to report on the number of applications received from interested property owners by December, 2021, and to contact places of worship designated residential with the potential developable lands for the same purpose.

City staff will also research ways to potentially provide financial incentives to institutions building affordable housing, including the discounting of development charges partial or complete, and other ways of reducing application fees and soft costs.