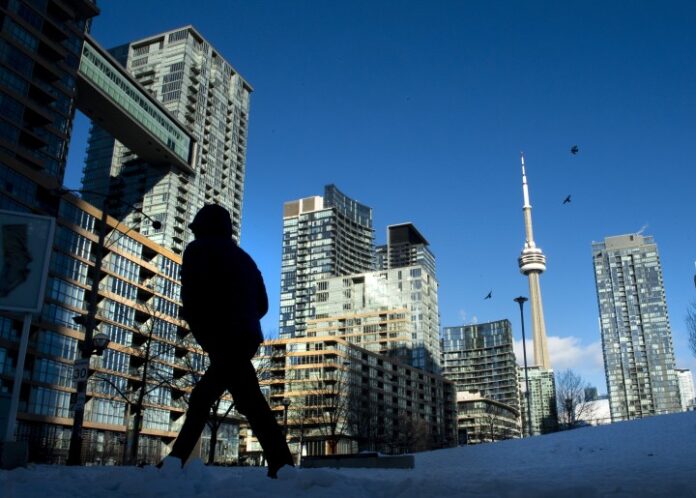 The Toronto Region Board of Trade is calling on the provincial government to implement a framework that will increase density and housing options across Ontario.

In a report released Tuesday, the chamber of commerce proposes a provincial framework that eliminates exclusionary zoning policies that prohibit different “missing middle” building types such as triplexes and small apartment buildings in residential neighbourhoods throughout the province.

It comes two days before the provincial government is set to host a housing summit with Municipal Affairs Minister Steve Clark and the mayors and regional chairs of big cities in Ontario.

It calls on the provincial government to establish standards to allow for at least four units in a building in all residentially zoned areas as well as a higher baseline for properties near transit stations, and to ensure that municipalities do not use other tools to prevent missing middle housing from being built.

“I mean, especially this last year, communities that had stable house prices for decades started seeing rapid jumps, to the point where whether you’re in Tillsonburg, or Timmins, or Toronto, housing affordability is a real concern,” he said.

“And so the solutions and the tools to help tackle it should be available, we think, right across the province.”

However, the Toronto Region Board of Trade is also calling on municipalities do their part to increase density and housing options across Ontario.

Namely, Ruttan said municipalities should streamline and accelerate their review and approval of housing projects, but also help preserve existing multi-unit buildings, triplexes and fourplexes from being converted into large, single-family homes through the implementation of a fee structure.

Ruttan said the elimination of exclusionary zoning policies comes with many benefits, beyond housing affordability.

They include populating neighbourhoods to make more efficient use of existing infrastructure such as new transit projects and schools, giving local businesses a boost, reducing carbon emissions by making better use of existing space, and addressing systemic racism by giving communities who were historically excluded from certain neighbourhoods a way in, he noted.

“So this is an important step to help address that historic and ongoing wrong and build more inclusive and diverse communities,” Ruttan added.