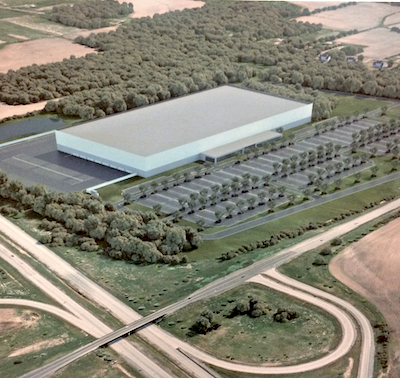 Montreal-based developer Broccolini plans to build a massive light industrial project, as large as 700,000 sq. ft. with a height of 98.5 just outside the rural North Gower village in southwestern Ottawa.

(Editor’s note:  The story originally reported the warehouse size as potentially reaching 70,000 sq. ft.  This was an error.  We dropped a “zero”.)

Similar projects have a construction cost in the $100 million range, though exact numbers for this site haven’t been disclosed.

The project, if it goes forward, will be controversial, because of its massive scale on a 121-acre site at 1966 Roger Stevens Rd. in the quiet area.

The Real Estate News Exchange (RENX) reported that Broccolini’s director of real estate and business development James Beach said at a presentation in the village last Thursday that the land is already zoned for up to 1.4 million sq. ft. of space. The company hopes to double the maximum height allowance from 49.25 to 98.5 feet.

“Our plan is to build one large, single-tenant building,” Beach was quoted as saying. “ Do it in one phase, complete the project in a relatively quick period of time.”

Broccolini, which completed a huge warehouse for Amazon in the city’s eastern rural area, doesn’t yet have a firm tenant for the project.  The contractor/developer will not build on the site until it confirms a tenant.

Broccolini’s concept plan envisions the distribution centre near the centre of the site, which would also contain office space for building operations, and as many as  to 63 loading bays.

“A lot of these tenants have very specific requirements for their needs,” he told RENX. “They want an exact, prescribed height because they want to have the same building across the country, or across the continent.”

“The request came from canvassing the market, looking at what we’ve done in the past, looking at whoever is interested in an industrial building and identifying the maximum height that most users would need to operate their business.”

Some neighbours of the rural community say the development would ruin their community, even though the site has always been zoned for industrial use.

Ace Powell, whose backyard touches the cornfield that will become the industrial building, says he built his log retirement home on two acres of Third Line Road starting in 2003.

“We built it by hand basically, and put all our heart and soul into it,” he told the Ottawa Citizen.

Powell, 72, and his neighbours are worried about many of the same things: the scale, extra car and truck traffic, the light pollution from such a huge parking lot, the constant noise of rumbling, beeping trucks and the impact on already battered roads.

“This is going to kill North Gower,” he told the newspaper. “Instead of sitting in my backyard and looking at the stars, I’m going to feel like I’m at Lansdowne Park.” 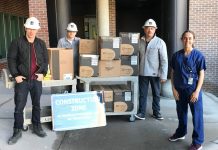 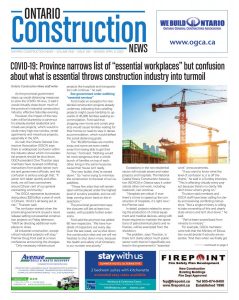