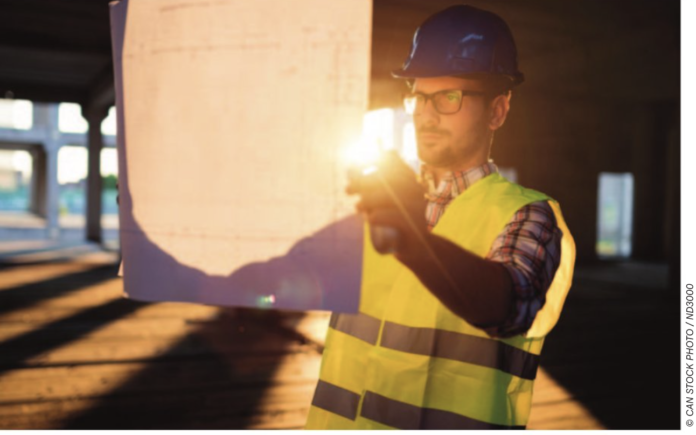 Making homes energy-efficient has long been an aspirational goal, and while work remains towards that vision, developments in home construction have made that objective more of a reality with new homes now 50 per cent more efficient than they were just 30 years ago.

“The association and its members have always been at the forefront of energy efficiency, being leaders in R-2000 and ENERGY STAR construction.”

To further the cause of energy efficiency, the association CHBA has created its Net Zero Energy Housing Council and the Net Zero Home Labelling program to advance energy-efficiency innovation in housing even further. The program is voluntary, one builders can join to provide net-zero homes to discerning buyers who want energy-efficiency upgrades.

“At the same time, the Council is looking at ways to drive down the cost of energy-efficiency improvements, so that builders and renovators can offer even higher levels of energy efficiency to Canadians while addressing the need for affordability,” said Lee.

Homeowners seeking to make their homes more energy-efficient have a variety of appliances to choose from which offer government rebates, and other programs to energy-proof a home, involving insulation of the attic and basement, exterior wall insulation, furnaces and boilers, water heaters, windows and skylights, doors, and air sealing.

When constructing and selling new homes, builders can offer energy-efficient appliances and upgrades to buyers based “on the builder, what they feel resonates with their client and how they choose to market themselves,” says Joe Vaccaro, Chief Executive Officer of the OHBA, adding that other measures are included in the Ontario Building Code.

Ontario “builders adhere to SB-10 and SB-12 of the OBC for directions on energy efficiency. Within these are compliance options that include prescriptive and performance requirements, which allow for varying degrees of design flexibility, while providing a minimum building performance.”

The former refers to large buildings and the latter to housing of three storeys and less, with both sections focusing on efficiency achieved through standards for systems such as heating, cooling, ventilation, hot water systems, and lighting for the SB-10 designation.

The Ontario Building Code has included energy-efficiency measures since 1975. In 2006, energy efficiency became an objective and since then standards for future levels (stretch codes) of efficiency performance have been set; for example, requirements established in the 2006 code didn’t apply until 2012. The result was that a house built in 2012 used 60 per cent of the energy used by a similar house built in 2005.

As mentioned, standards for energy-efficient housing are increasing with every new addition of the Ontario Building Code. Through initiatives like the Pan-Canadian Framework on Clean Growth and Climate Change, the federal government positioned Canada towards a net-zero energy ready (NZER) model building code by 2030. According to the CHBA, Net Zero homes produce as much energy as they use, and are up to 80 per cent more efficient than typical new homes. They lower utility bills, and are built to higher standards than conventional new homes.

Launched in 2017, the Net Zero Home Labelling Program provides the “industry and consumers with a clearly defined and rigorous two-tiered technical requirement that recognizes Net Zero and Net Zero Ready Homes, and identifies the builders and renovators who provide them.”

While effective in making homes energy-efficient, the association “does not recommend moving to these very high levels of energy efficiency in code until more affordable solutions are found so that such levels are appropriate and affordable for all homes, as the code would require,” said Lee.

In Canada, provinces have legal jurisdiction over building codes, but there is national engagement in developing new directions and processes.

“The National Building Code is a model code that is adopted and/or adapted by the provinces … CHBA supports the science- and evidence-based processes built into the national code development system. CHBA is also always very concerned about code changes that increase construction costs and therefore erode affordability for Canadians,” said Lee.

“It is always important to innovate first to find affordable or at least the least-cost solutions before implementing regulation.”

To that end, the association works with its members on voluntary implementation of energy-efficient measures, pushing against rapid regulatory increases in code levels that would impact affordability “especially given the very good energy efficiency of today’s new homes compared to older existing homes.”