Canadians have joined a fight to stop a condo development planned at Juno Beach in France, the site of the June 6, 1944 D-Day landing that resulted in the deaths of hundreds of Canadian soldiers. Construction could start as early as September 2022 and a new advocacy group, Save Juno Beach, is fighting to stop the plan.

“There is no better place to honour the courage of the Canadians who served in the Second World War than the Juno Beach Centre (JBC). Yet the museum is now facing its greatest threat in nearly 20 years of existence,” a statement reads on the centre’s website.

Foncim, a French property developer, plans to build a 70-unit condominium development on Juno Beach, just east of and between the museum and the Seulles River. The development is called Domaine des Dunes. 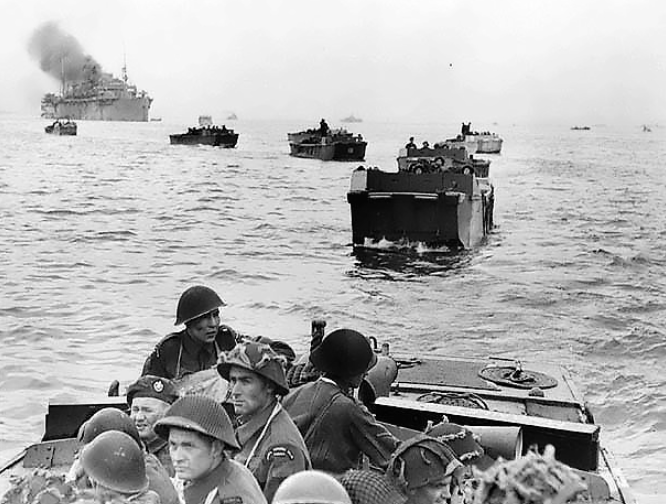 While the JBC is not generally opposed to projects like these on former battlegrounds, stating the French “deserve to enjoy the freedoms our veterans’ sacrifice brought them”, the Dunes project was created without input from the community or from the Juno Beach Centre.

“Today, despite local opposition, the project has advanced to the point where the developer is demanding use of the JBC’s private road for access to the building site by construction vehicles and workers. We have great concern for the impact that this will have on the Juno Beach Centre.

In January, a court decided the Foncim’s Dunes property is encircled and granted the developer access to their build site through la Voie des Français Libres, a road the JBC paid to build on land leased to us to the centre for 99 years by the town of Courseulles-sur-Mer for the sole purpose of providing visitor access.

According to centre staff, a bailiff could arrive any day to request the barrier and provide Foncim with access to the road.

“When that happens chaos will ensue,” the statement concludes. “The JBC is now at serious risk of being overrun and severely damaged by this road opening. The length of the Dunes project is estimated at almost 22 months, meaning that it will have a prolonged impact on our memorial site on Juno Beach.

The high number of construction trucks using the road will make it extremely difficult to run the JBC’s activity on a day-to-day basis or to carry out development works including an extension of the museum, the boutique, and the creation of a cafeteria, all of which are meant to boost the activity of the site in this difficult time for the tourism industry.

“The road itself was not created to accommodate such heavy construction equipment traffic. Maintenance costs will be borne by the Juno Beach Centre.

“Foncim will drive their construction equipment – dump trucks, bulldozers, front loaders, cranes – over ground that France made available for Canadians to remember. In doing so, they will do real harm to Canada’s primary Second World War site of memory.”

Minister of Foreign Affairs Mélanie Joly has been asked to ensure French government counterparts understand investments Canadians and the Government of Canada have made over 20 years and the sacred ground on which the JBC is privileged to operate are now seriously at risk.

Canadians are encouraged to join the fight.

“French decision-makers need to see that Canadians will not abide this enormous insult to the memory of our soldiers – all volunteers and many as young or younger than 18 – who began the liberation of France from that beach,” the centre statement says.

“We are rapidly approaching a point of no return. This is an existential threat to the Juno Beach Centre and the Canadian memorial presence in Normandy. Without your support, the legacy that our veterans built for future generations on Juno Beach may disappear entirely.

To join fellow Canadians in the fight to “Save Juno Beach”, visit savejunobeach.ca.

The group is asking Canadians to contact MPs and encourage the federal government to put pressure on French counterparts to reverse the decision to build the condominiums.

“And we need you to make sure they do! Use the tool below to email your MP today. Let them know that we cannot allow this important part of Canada’s history to be swept away by a French developer to make way for beachfront condos.”

The Canadian opponents say building luxury condos by the sea “undermines the duty of memory that we owe to these soldiers and it insults their sacrifice” and is  “a threat to the centre that preserves the history of those who fought hard to secure Juno Beach.”

“It was a remarkable battle and the examples of fearlessness and courage and bravery just were outstanding,” Save Juno Beach spokesperson Cindy Clegg told CBC News.

“And now to think that there are condos going up right next to (the beach), where people can go on holidays and hoot and holler and play their radios loud on this battlefield just made me sick to my stomach.”

More than 14,000 Canadian soldiers participated in the landings and 359 were killed, according to Veterans Affairs Canada.