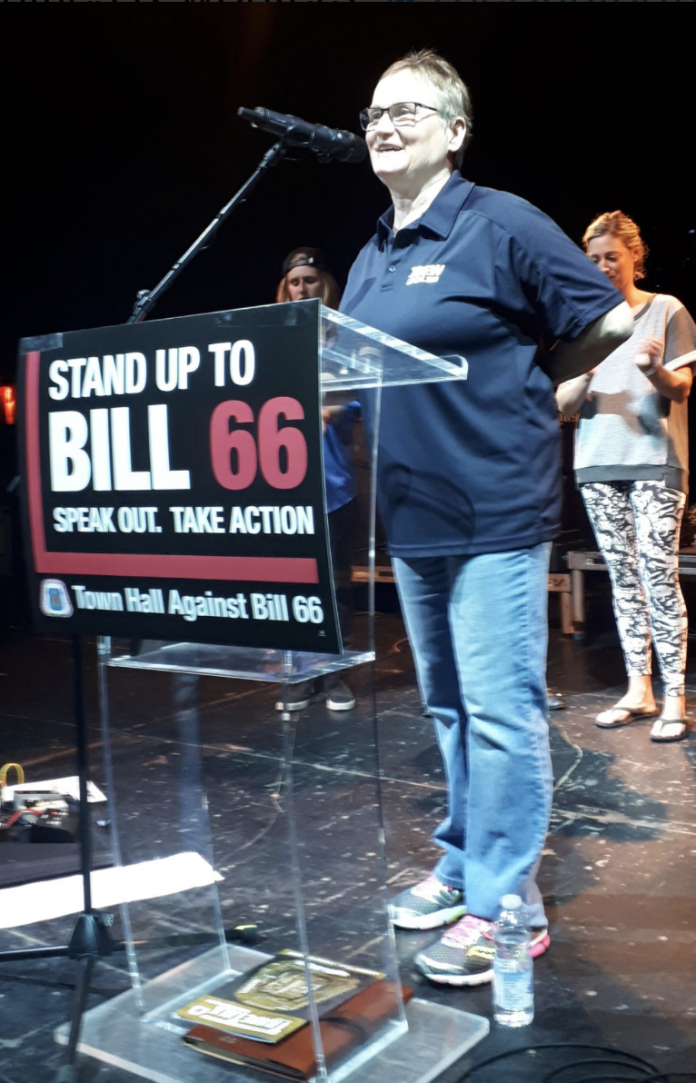 Tomorrow, Toronto City Council is expected to make a fateful decision – to either do nothing and end a long-standing collective bargaining agreement requiring the city to use unionized construction trades for most of its projects – or permanently entrench these relationships by opting out of the province’s Bill 66 legislation.

The Building Trades unions, led by Carpenters Union Local 27, have been spearheading a lobbying campaign to preserve the status quo – and scored a partial victory on June 6, when the city’s executive committee decided to punt the decision to the next full council meeting, rather than accept a staff recommendation to allow the Bill 66 provisions to take effect.

Then, Mayor John Tory said “there aren’t any simple answers to this” after asking city staff to research some issues to help the full city council make its decision. “I am going to propose that we forward the item to city council without recommendation but that we take advantage of the time between now and then to ask our city manager and our city staff to do a number of additional pieces of work that might help us get closer to an answer that makes sense.”

The Carpenters’ Union has been stepping up its lobbying campaign, which includes an eight page mailed brochure and a call-to-action event “Bill 66: Let’s Stop It” at the Danforth Music Hall on June 12.

The union argues that Bill 66 savings are illusory, while the damage to labour will be severe.

It wrote in its brochure: “If employers chose to opt out of collective agreement sunder Bill 66, schedule 9 members of the Carpenters’ Union will:

Employers have until July 3 to decide whether to stay with current collective agreements or opt out. Currently, the City of Toronto, The Toronto District School Board, and some other municipalities and public agencies in Southern and Western Ontario are regarded as “construction employers” under the Ontario Labour Relations Act – and they may have been certified after just a few workers on a weekend shift signed union cards.

Non-union employers are urging City Council to do nothing, and thus allow Bill 66 to take effect.

“The city of Toronto and the TDSB are under intense pressure from the Building Trades Unions to opt out of Bill 66’s provision and keep thing as they’ve been for decades,” Sean Reid, the vice-president and regional director for Ontario of the Progressive Contractors Association of Canada (PCA), wrote in a Financial Post Article. “In other words, keep shutting out the vast majority of construction companies and their workers by opting out of Bill-66 by the July 3rd deadline.”

Reid says “its widely accepted that the City of Toronto’s savings would range from 15 to 30 per cent – meaning a saving of anywhere from $240 million to $400 million annually “by embracing an open construction market.” He also asserts that the TDSB could ave between $26 million and $53 million.

Toronto’s city manager Chris Murray painted a less optimistic savings picture, but even if the cost reductions are at the low end of two to eight per cent, there would be between $12 and $48 million in savings for the city’s approximately $600 million of industrial, commercial and institutional construction work each year.

However, he concluded that is clear how much increased competition there will be and “consequently it is not possible to determine with any certainty what, if any savings will result.

He also observed that there could be negative equity impact on social initiatives through community benefits work, and there could be a decrease in work quality.

“To mitigate possible equity impacts, should the city decide to become a non-construction employer, it would be critically important that council reaffirm its continued support for the Fair Wages Policy and the city’s continued commitment to partnering with unions on workforce development and community benefits programs. The city may also need to develop alternative models to ensure the continued success of workforce development.

The Carpenters’ Union has been calling on union members to speak out in favour of “opting out” of Bill 66, including contracts with the city of Hamilton and the Region of Waterloo Municipal Council.

Union members have ben urged to call their municipal councillors to let them know the the legislation threatens public safety, dissolves collective agreements and fuels the underground economy. “The Bill opens up bidding to contractors who have the freedom to improperly hire their workers as sub contractors rather than as employees,” the Carpenters’ District Council of Ontario says in its brochure opposing the changes.