The City of Brampton and the Canada Infrastructure Bank (CIB) have reached an agreement in principle that will see the CIB committing up to $400 million to support the purchase of up to 450 zero-emission buses (ZEBs) by 2027.

Under the agreement, the CIB will fund the higher upfront capital cost of the ZEBs and related on-street charging infrastructure. This is the CIB’s third ZEB financing commitment with a municipality and supports one of the largest conversions to fully electric public transit vehicles in Canada to date.

“We are revolutionizing transit in Canada with our goal to purchase up to 450 zero-emission buses on Brampton’s roads in the next six years. Brampton is a Green City, and together, we can reduce our carbon footprint and become an even more modern and sustainable city,” said Mayor Patrick Brown.

Financing will speed up plans to electrify the entire bus fleet. Once the 450 buses are deployed, ZEBs are estimated to save approximately 235 tonnes per bus for a total of approximately 100,000 tonnes of green house gases per year. The electrification of transit vehicles is a critical milestone in the city’s journey to reducing GHGs generated in Brampton by 80 per cent by 2050. 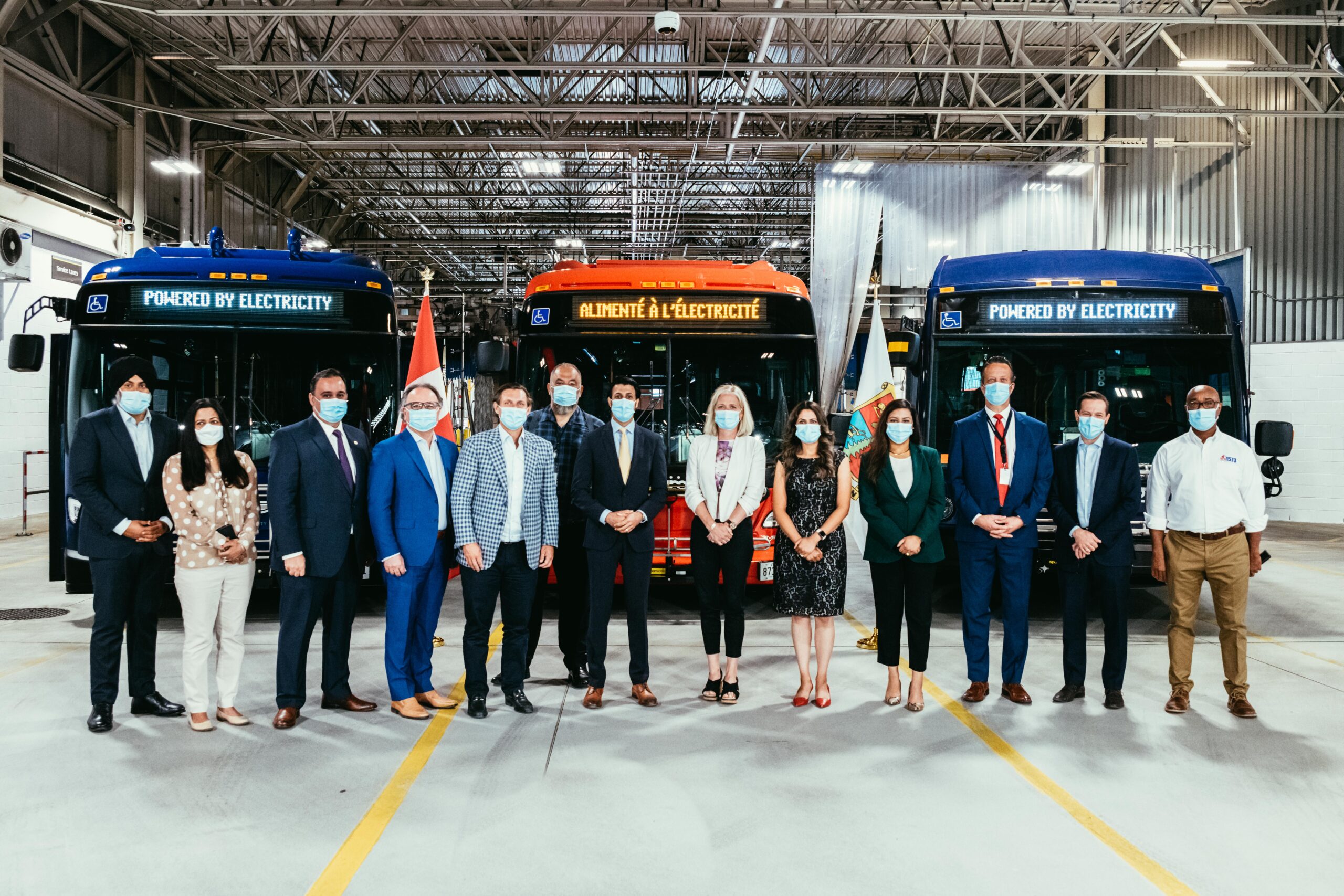 “I am delighted the CIB is making major investment in the City of Brampton’s ZEB initiative. Our partnership will help Brampton become a green city and provide cleaner public transportation for generations to come. This is a tremendous opportunity to make a difference in modernizing municipal infrastructure.

Transitioning to an all-electric bus fleet builds on the Brampton’s plan to reduce its carbon footprint and building a Green City.

The electrification of transit vehicles is a critical milestone in the city’s journey to reducing GHGs generated in Brampton by 80 per cent by 2050. Currently, Brampton Transit’s fleet includes eight battery electric buses and four overhead chargers saving approximately 235 tonnes of CO2 per bus per year; adding to the 133 Hybrid-electric fleet of Züm buses.