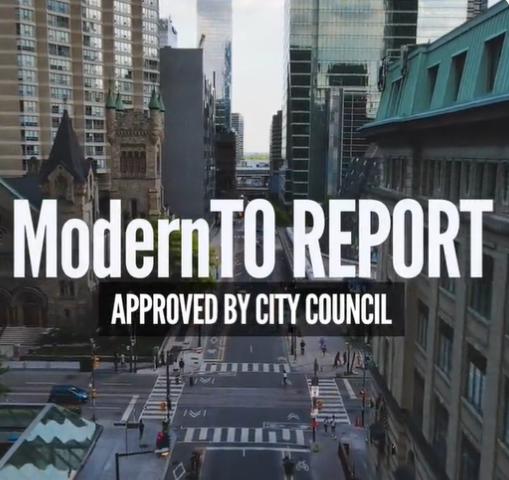 Toronto council has approved the next phase of ModernTO – a plan to reduce the city’s office footprint from 55 to 15 locations and unlock properties for affordable housing.

“Repurposing the sites at 610 Bay Street and 931 Yonge Street present an exciting opportunity to transform two underused assets to increase access to affordable housing and to deliver other priorities, said Councillor Mike Layton.

“In addition to prioritizing housing, CreateTO will be seeking innovative proposals to reimagine the Toronto Coach Terminal, which will also accommodate a Toronto Paramedic Services Hub, new retail and commercial space, while incorporating and preserving the existing heritage structure and providing public realm and streetscape improvements.”

The program, launched in 2019, works by ending leases and creating office hubs within key civic buildings including city hall, Metro Hall and the civic centres in Scarborough, North York, and Etobicoke.

Eight properties with an estimated land value of $450 million are included in this round:

Along with affordable housing, a portion will be allocated to the Land Acquisition Reserve Fund (LARF). The long-term goal is to create between 500 to 600 affordable rental and ownership homes in prime downtown and midtown locations, infrastructure and service improvements and new institutional and civic spaces.

Five sites will be repurposed in the short term while significant infrastructure projects are expected on or adjacent to the remaining three properties.

“ModernTO saves millions of taxpayers’ dollars on an ongoing basis, it opens some properties for different uses including affordable housing, and the modernized spaces will allow for more jobs to be located in city-owned buildings as opposed to expensive leased space,” said Mayor John Tory.

“This is exactly what people expect us to do – find sensible ways to do things in the most efficient way possible, reducing costs so as to keep our city operations affordable, and creating more opportunities for top priorities like affordable housing.”