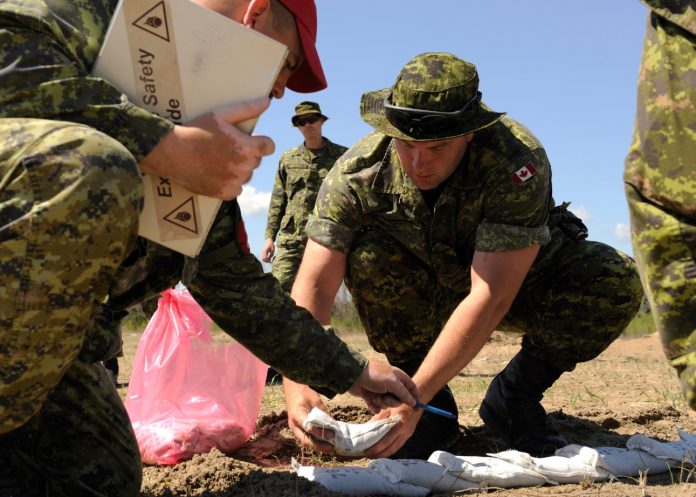 Defence Construction Canada, headquartered in Ottawa, says it has co-ordinated the construction of its first “Net Zero Ready” building.

The 3,389-sq. m., $15.7-million Explosive Ordnance Disposal Training Facility at CFB Gagetown in New Brunswick “has nearly all the features required to run completely off the grid, including geothermal heating and its own well, water treatment system and septic system,” DCC says in a statement.

“The last piece of the puzzle is solar arrays, which is scheduled to be installed next summer. They will provide power to the building and grid that will offset the annual electricity consumption currently purchased from the province.”

“Achieving net-zero energy consumption with a building is a first for DND,” Scott said in the statement. “The project was a good starter step to learn from. DCC was instrumental in streamlining the problem-solving process and providing sound advice to resolve issues as we worked with advanced technology to ensure maximum energy efficiency.”

The project won an award for best practices in environmental sustainability from the Real Property Institute of Canada. In addition, DND will be applying to have the facility’s current LEED Silver certification upgraded to Gold once the solar arrays are in place, DCC says.