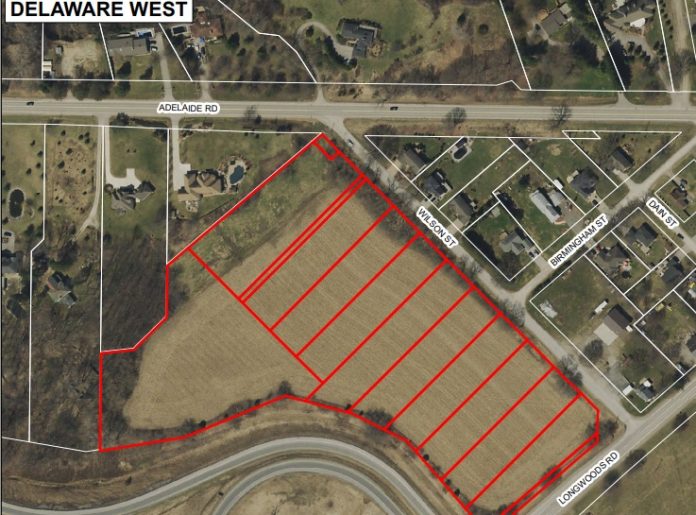 A small Strathroy-Caradoc community has been approved to make a new, 10-lot subdivision, after the last sticking point on the project has been settled.

The subdivision, called Delaware West, has moved on to the process of striking an agreement with Aar-Con Enterprises Corp before work can begin.

Delaware West was originally proposed in September of 2017, and the municipality held a public meeting for consultation in December of that year. Decision was deferred until April 2018 when the plan was considered again, and council supported it. However, the original iteration included the closure of Wilson Street at Longwoods Road, while council preferred the Wilson/Adelaide intersection be closed. With the changes made, all hope the plan is ready to proceed.

At the July 2 meeting, director of building and waste services Matthew Stephenson said that the developer has worked closely with staff, and it is believed that there’s now an agreement on all matters “after many visits to council for many things.”

Stephenson said curbing on Adelaide Road, in addition to grassed area and the bulb itself would make an obvious end of Wilson at Adelaide, but that a sign would likely stay in place warning of the change for a couple of years.