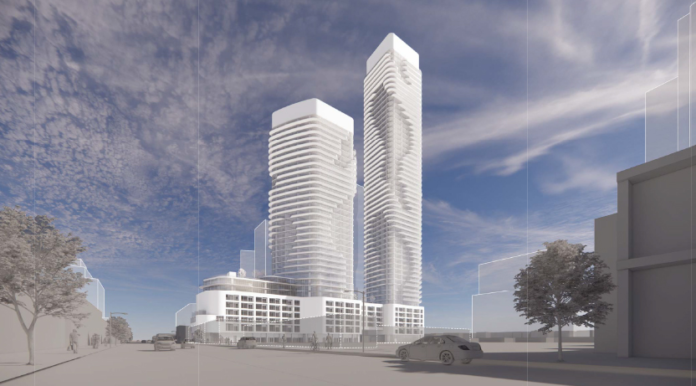 The proposal for 2721 Danforth Ave. would redevelop the store into two towers, one 35 and the other 45 stories tall, connected by a podium, DataBid.com reports in its recent weekly newsletter. 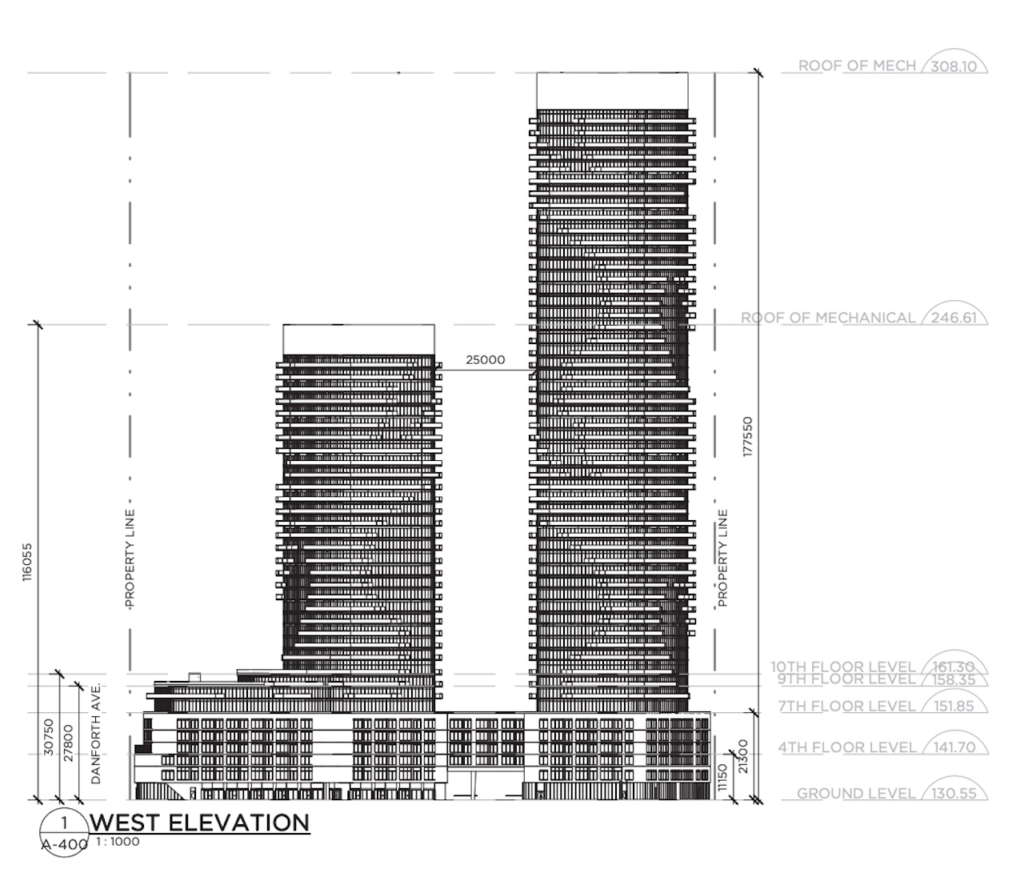 RAW Design is the architect for the 75,330 sq. m. mixed-use development, including retail and commercial businesses along  Danforth Avenue. There would be 1,139 residential units in the two structures including 77 studios, 611 with one bedroom, 334 with two bedrooms and 117 three bedroom units.

The developers propose providing parking for 360 vehicles and 1,141 bicycles.

The proposed project includes a new 0.136 acre public park to the west of the site with a mid-block connection.