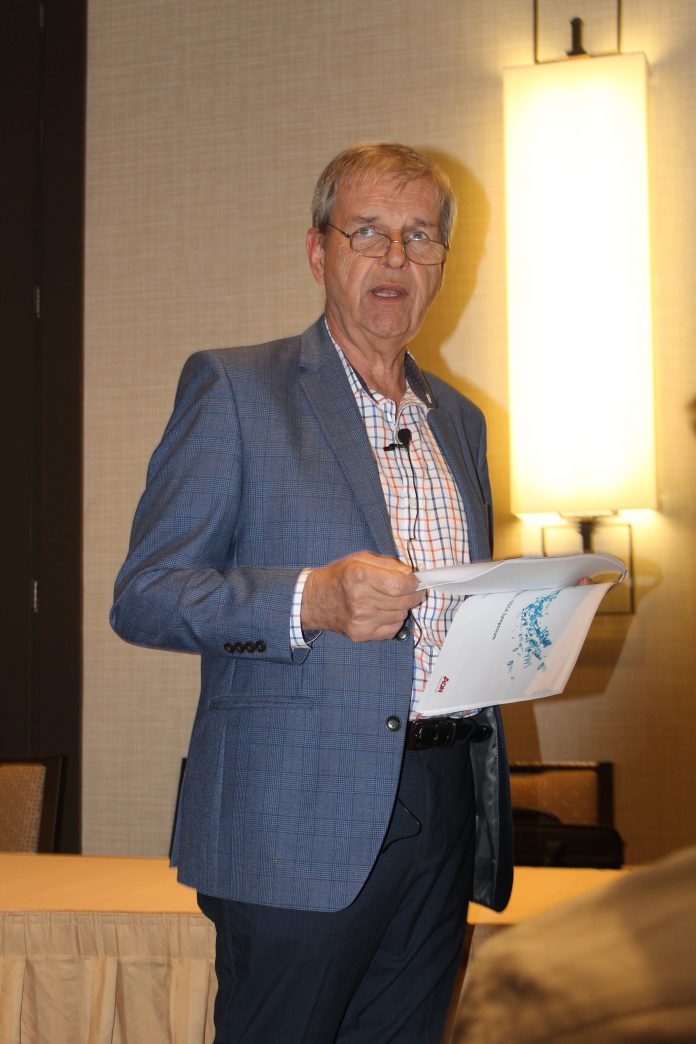 “There were $350 to $400 million in liens four years ago; now there are $1.5 billion,” Russ told an Ontario General Contractors Association (OGCA) symposium session on April 12. “(That means there’s) a total of $1.9 billion of hung money out there. . . it’s not a pretty scenario.”

He said Aon has been surveying clients, mainly general contractors in Ontario and Alberta. So far, the insurance/surety broker has “talked to approximately 130 construction companies” with a goal to reach 2,000 or so.

The results are both challenging and sobering.

Other issues include regulatory changes, technology and innovation, insurance claims, and diversification both in offerings and geography.

Russ said as the research continues, one thing is becoming more and more apparent — “no two companies had the same concerns,” and the contractors’ concerns are defined by what has happened most recently.

Some issues have received much attention but “didn’t make the list” including the competitive status of Chinese companies, replacing on-field with prefab construction, and significant changes to what clients want.

The Chinese issue may be a sleeper problem. A Canadian contractor bidding a project in the Bahamas who lost to a Chinese state-owned construction company learned one of the reasons: The Chinese sent two large boats out to the Bahamas, set the vessels with hammocks, and had workers live on the boats, taking 12 hour shifts onshore. “Canadian companies couldn’t come within 25 per cent of the guarantee costs of the contractor.”

“The cost of labour was a significant part of the cost savings but their ability to finance the project was as much of differentiator as those costs,” Russ wrote in a follow-up email. “What should be said is that the Chinese probably has numerous advantages that are not available to Canadian contractors.”

There are real issues with contractural downloading. “I’ve never seen so many bad contracts in my life,” he said. “Especially small and midsize contractors don’t read their contracts.” Russ urged contractors to bring their surety and insurance brokers into the picture – the risk advisors can notice and flag issues and give advice on how to handle the situations.”

Surety credit has become increasingly challenging, with an estimated 800 million worth of losses last year, Russ said. “Probably there is a 200 per cent loss ratio, blowing four years of profit from the surety market. The horse is out of the barn and we’re building the fences all over again.”

The impact will be risk mitigation: smaller contractors may find it hard to obtain surety and sureties will encourage larger projects to be turned into joint ventures to reduce the risk load.