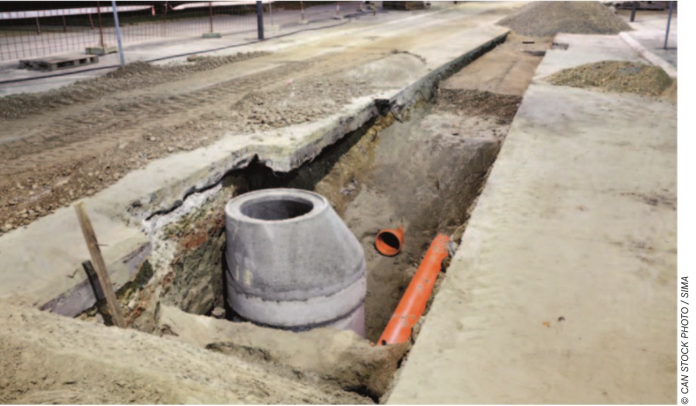 While municipalities will be getting $2.2 billion in anticipated infrastructure funding sooner than expected, many mayors are saying they need much more to fill the budget hole created by COVID-19.

Normally, the funding that comes from federal gas-tax fund is split between a summer payment and a second instalment later in the year, but the Liberals plan to send the money in one cheque this month.

Ontario Premier Doug Ford acknowledged the funding announcement and the shortfall in a press conference on Monday.

Municipalities across the province will receive about $813 million and Ford says it is “existing money” that has now just been expedited by the federal government.

“It’s not new money. We need new money, I’ve committed to help the municipalities. We need the federal government to help,” Ford said.

He added that Ontario pays $13 billion in “hard-earned tax dollars” to the federal government.

“We give more to feds than we get back,” Ford said.

“Prime minister we need you to be in there. I appreciate them advancing the payment but it’s already in the budget.”

Municipalities have seen steep losses in revenues throughout the pandemic, as fewer people pay for transit or parking, and recreation centres stay closed without paid programming.

The $2.2 billion is much less than municipalities say they need. It also cannot be used for the shortfall in city operating budgets. Toronto says it’s facing a $1.5-billion shortfall this fiscal year and will need to slash services.

Mayors across the province spoke out after Trudeau’s disappointing announcement.

London Mayor Ed Holder warned that his city is “bleeding cash,” predicting a deficit of $33 million by summer’s end thanks to COVID-19 costs.

“While it’s good news that the federal government has recognized the need for financial relief for Canada’s towns and cities, today’s announcement is not new money – and our revenue losses and additional costs are new, and real,” Lehman wrote.

“We are providing essential services such as police, fire, public transit, public health. We cannot allow these services to be compromised or reduced.”

The Federation of Canadian Municipalities (FCM) has estimated cities will need between $10 billion and $15 billion this year, depending on the severity and duration of the shutdown. FCM president Bill Karstens, said in a statement that the “modest, preliminary measure” from the Liberals may help some cities with liquidity issues, but the $2.2 billion “is not new money,” has already been accounted for in municipal budgets and doesn’t address the stark choices local leaders face.

Toronto’s share is about $166 million of the federal governments gas tax money, however Mayor John Tory said the city is losing about $160 million a week with a projected $1.5 billion revenue loss over the course of the pandemic, “which is a conservative estimate.”

In a news conference May 29, Tory painted a bleak picture of a “best-case scenario shortfall of $1.5 billion and service cuts that may be coming if provincial and federal funding falls short.

“I believe it is important for everyone, especially Toronto residents and residents of the GTA who rely on Toronto and stable local finances in their own cities, to know how terrible and devastating these cuts would be – like nothing we’ve ever seen if the other governments don’t decide to step forward and invest in the well-being of our cities,” Tory said.

Toronto could be facing the following cuts without help from other governments:

Trudeau called the fast-track spending a first step, adding that anything else would need to happen “hand-in-hand with the provinces”, which have jurisdiction over municipalities.

“I’m very concerned about the funding level for cities,” he said. “There is a range of services offered by cities that are at danger of disappearing.”

Infrastructure Minister Catherine McKenna said municipalities need to go ahead with planned projects and called the decision “an example of how we see infrastructure is critical to the restart of the economy.”

Federal infrastructure spending is traditionally seen as a way to stimulate an economic recovery. But this year is obviously different.

According to the federal government, $186-billion infrastructure spending has already created about 52,000 projects. Giroux said he only has information to account for about 33,000.