EllisDon employees around the world safely celebrated the company’s 70th anniversary on April 1.

On that day in 1951, the company was established in London, Ontario by brothers Don and David Ellis Smith. Now with more than 5,000 salaried employees, EllisDon has grown to become a leading construction, technology and building services company.

In 1956, EllisDon brought the first tower cranes to Canada and 30 years later 1986 they were awarded the design-and-build contract for Toronto’s SkyDome, making history by building the world’s first retractable-rooftop stadium.

“I encourage everyone to take a moment to remember a very, very many really terrific people who, over seven decades, accomplished great things, and gave us all an opportunity to accomplish even greater things,” Geoff Smith, president and CEO, EllisDon said in an April 1 press release marking the anniversary.

Through seven decades of business, EllisDon has expanded beyond construction to deliver all aspects of projects and has lead work from the initial concept phase to long-term asset management, operations and smart buildings technology.

They continue to grow and challenge traditional views of the construction industry and look for ways to make projects more sustainable, resilient, reliable and efficient, while leveraging technology in every aspect of its business, to drive change while striving to eliminate clients’ risk.

Recently, multiple new employee groups have been created, including ABEEL (Alliance of Black Employee Experience and Leadership) which educates employees and sub-trades on anti-Black systemic racism and the Gender Equality Group. 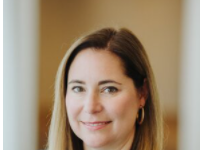