EllisDon led the extensive restoration of the heritage building and the significant new construction that transformed Massey Hall, one of Canada’s most important cultural institutions. 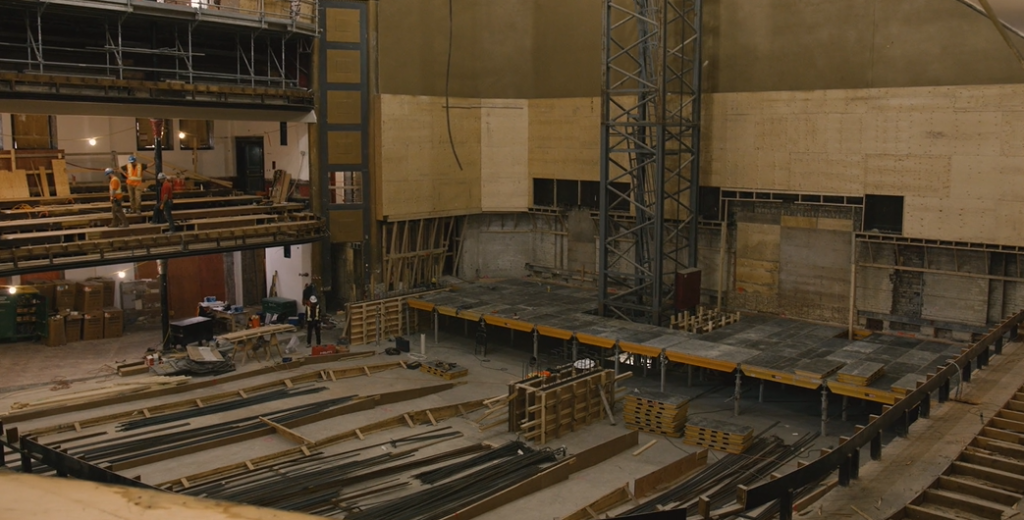 The Hall first opened in 1894 as a 3,500-seat theatre named after Charles Massey, son of builder Hart Massey, businessman and philanthropist who went on to found Massey-Ferguson. The building was designated a National Historic Site of Canada on June 15, 1981.

“The revitalization of Massey Hall is a strategic restoration of the heritage details that make the Hall so beloved and an update to all the hard-working parts of the Hall as a performance venue — to make it work that much better,” Marianne McKenna, KPMB founding partner and lead design partner for the Massey Hall revitalization, said in a news release.

“Critical to success is maintaining the built-in intimacy of the performer to audience relationship, as well as adding a new level of flexibility, and new spaces to broaden the offering.”

Work included the addition of a new loading dock and backstage area, upgraded technical facilities, all-new seats (and a retractable seating system), a seven-storey tower studio, and other major interior and exterior cleaning and restoration. 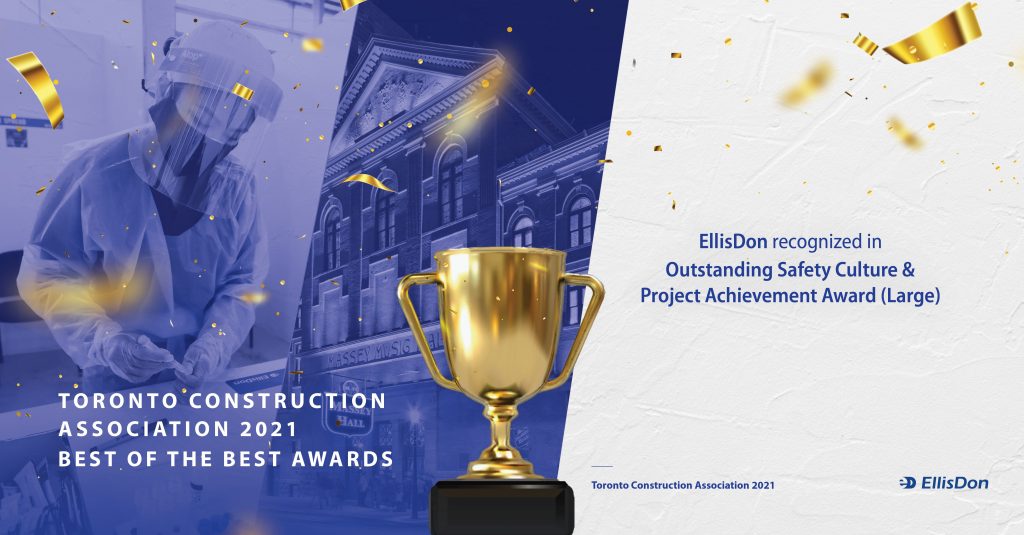 Ellis Don was also recognized by TCA with the Outstanding Safety Culture Award for the “above and beyond the call of duty” program won, recognizing day-to-day safety protocols.

With the emergence of COVID-19, EllisDon was quick to huddle and create safe work practices and procedures that mitigated the virus’ effects at work locations.

EllisDon developed and implemented new and improved safety procedures and various programs and initiatives to create a rigorous, effective safety environment that goes above and beyond legislated requirements.