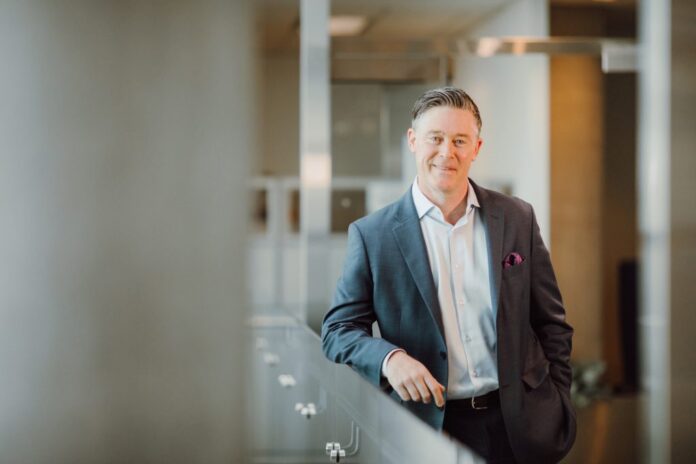 Kieran Hawe, chief operating officer and executive vice president, Construction Operations, has been named Best Executive by The Globe and Mail’s Report on Business for their second annual competition.

The award celebrates excellence among non-CEO leaders at the SVP, EVP and C-suite (or equivalent) levels.

“Since he has taken over as chief operating officer, Kieran has exhibited an ideal combination of humility, determination, and leadership both through example and (when needed) direction, all of which have combined to place EllisDon as the leading building company across Canada today,” said Geoff Smith, president and CEO at EllisDon.

“As importantly, he personifies EllisDon’s values and purpose so thoroughly that the younger people who are watching and learning from him will be thoroughly ready when their time to lead comes, ensuring EllisDon’s ideals and industry leadership for another generation – and more.”

Kieran joined EllisDon in 1999 with a mechanical and electrical background. It was his passion and leadership attributes that allowed his career to evolve and quickly advance to Project and Construction Manager roles.

His entrepreneurial spirit helped build a $5 billion construction operation while managing a number of large-multidisciplinary teams and shaping EllisDon into one of the largest construction and building services companies in Canada.

Kieran inspires and motivates his employees. He champions inclusive diversity to create environments where all employees can reach their full potential. In 2020, when anti-Black racism was at the forefront at EllisDon, Kieran did not hesitate to become part of EllisDon’s, Alliance of Black Employee and Leadership (ABEEL) as their Executive Sponsor.

Kieran embodies all the values that make a great leader – integrity, humility, respect and dedication. It’s these values that have made him one of the most highly regarded leaders in the construction industry.