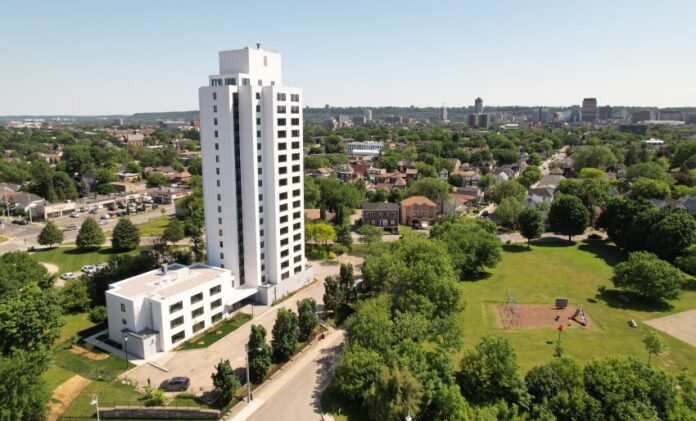 The 18-storey building, one of the first and largest Passive House retrofits in North America, will serve as a model for how cities can tackling climate change goals while maintaining much-needed affordability. 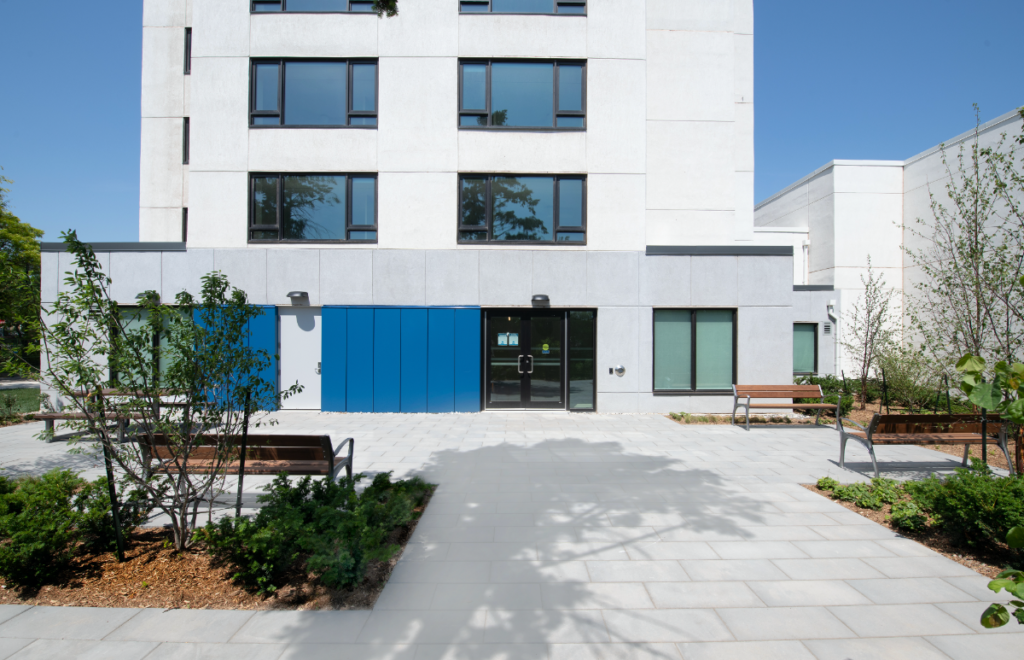 It’s the oldest high-rise, multi-residential building in CityHousing Hamilton’s (CHH) portfolio and has stood in Hamilton’s skyline on MacNab Street North in the West Harbour neighbourhood since 1967. Fully occupied until 2014, a mix of aging infrastructure and increasing capital costs led it to fall into disrepair.

Following several studies to explore the future of the building, including renovation, sale or replacement, a decision was made to retrofit the tower in 2016. As the most cost-effective undertaking, a retrofit also ensured much-needed affordable housing options were maintained in the rapidly evolving neighbourhood, ensuring dignified aging-in-place. 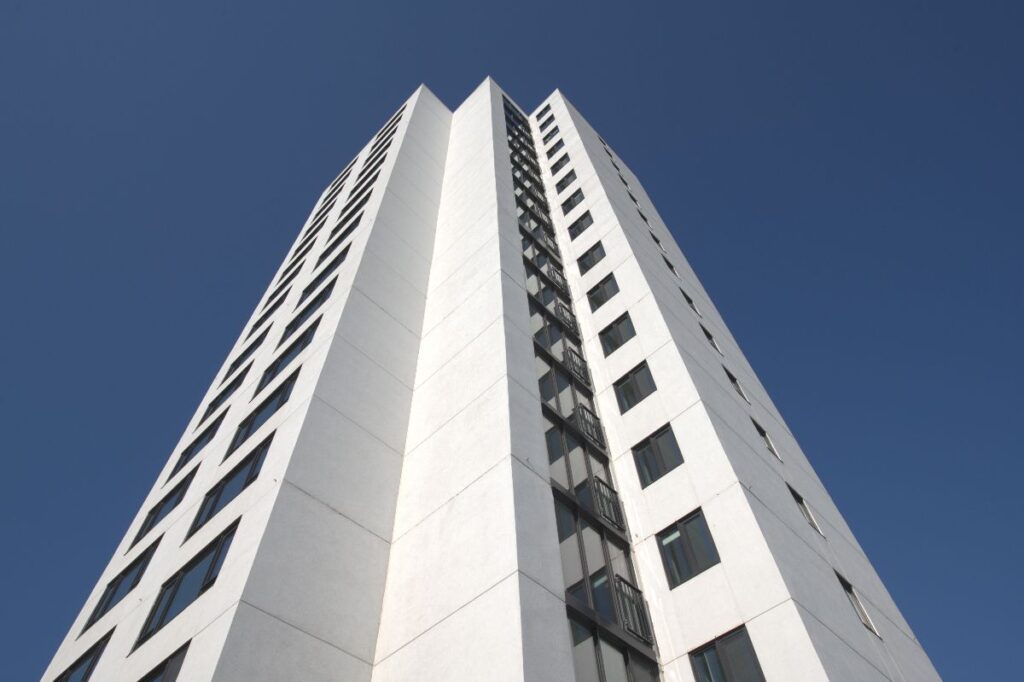 The retrofit process was led by ERA Architects, known for its deep expertise in restoration and adaptive reuse of existing buildings including low-carbon retrofits and tower renewal. It includes exterior and interior insulation that meet stringent airtightness requirements, triple-glazed windows and an interior HVAC systems replacement. Maintaining the iconic white façade, ERA has also re-cladded the building with new stucco panels.

It is the ﬁrst EnerPHit retroﬁt of an apartment tower in North America with the ability to heat and cool each unit with the energy it takes to run three 100-watt lightbulbs. HIghlights include:

“500 MacNab is a true beacon on an international stage, showcasing how low carbon and low energy retrofits are not only sustainable, but also realize the best outcomes for residents’ health, safety and comfort within their homes,” said Graeme Stewart, Principal, ERA Architects. 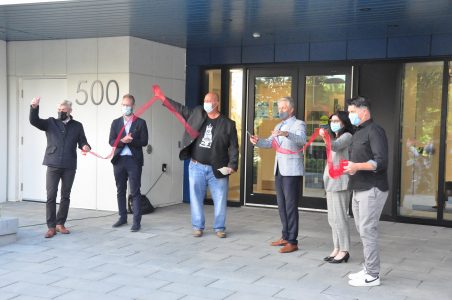 The retrofit addressed several challenging technical issues common to residential apartment towers, including the modernization of ineffective ventilation systems; replacement of aging mechanical, plumbing, and electrical distribution systems; and the elimination of thermal bridging at balconies.

“Many aging, postwar apartment towers provide critical affordable housing for millions of Canadians, but increasingly face complex challenges that require repair. Our hope is that the revitalization of 500 MacNab marks the beginning of a wave of deep retrofits across the country,” Steward said.

“As we look towards a post-pandemic recovery amid a climate-challenged world, there’s an urgency to apply this type of holistic thinking on a broader scale.”

Funding for the $34 million project came from Canada Mortgage and Housing Corporation (CMHC)’s National Housing Strategy Affordable Housing Innovation Fund and National Housing Co-Investment Fund, as well as the Federation of Canadian Municipality (FCM)’s Green Municipal Fund, in addition to contributions from the Province of Ontario and the City of Hamilton.

Through a two-year monitoring process, the Ken Soble Tower will become a teaching tool, offering real-time lessons in retrofit design. CHH, in partnership with the University of Toronto and ERA, will study and measure the impacts of the building on its residents and surrounding environment, including health, safety, economic, among others.

“Comfort-first metrics are at the core of the Passive House certification, achieving the same goals as an energy-first model, but with a human centric approach,” says Ya’el Santopinto, Principal, ERA Architects. “This retrofit has enabled us to enhance the building’s intrinsic value, maintain its original thoughtfulness, and also build an ecosystem of best practices.”