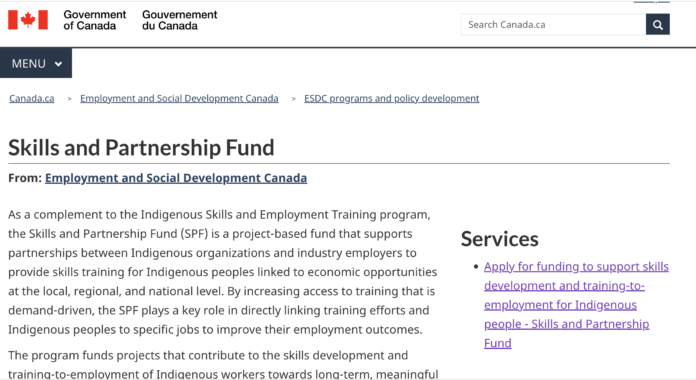 The federal government has launched an open call for proposals for the Skills and Partnership Fund (SPF), an Indigenous labour market program that funds partnerships between Indigenous organizations and employers.

Priority will be given to projects that target the following sectors:

Indigenous organizations can apply until May 9 through grants and contributions online services, by e-mail or by mail.

“Through the Skills and Partnership Fund, Indigenous people will gain in-demand skills and experience in priority areas identified by their communities.  When more people are able to have a rewarding career and participate fully in Canada’s workforce, our entire country benefits,” said Carla Qualtrough, minister of employment.

Indigenous people represent the fastest-growing segment of the Canadian population, accounting for 5% of the total population according to the most recent census (2016).

According to Statistics Canada’s Labour Market Survey, the employment rate of Indigenous people not living on a reserve reached 58.4 per cent in January 2022, two per cent higher than the pre-pandemic rate from January 2020.