The former Maclean Publishing Company/Maclean-Hunter Building at 481 University Ave. in Toronto is being converted into a 52 storey mixed use development.

The developers say the project will be the tallest architectural heritage retention in North America.

General contractor EllisDon is building the structure branded as the UNITED BUILDING for Davpart Inc.

A spokesperson for the developer declined comment about the project’s construction value.

Commercial and retail organizations will occupy the first 10 floors with new residences above the historic structure. 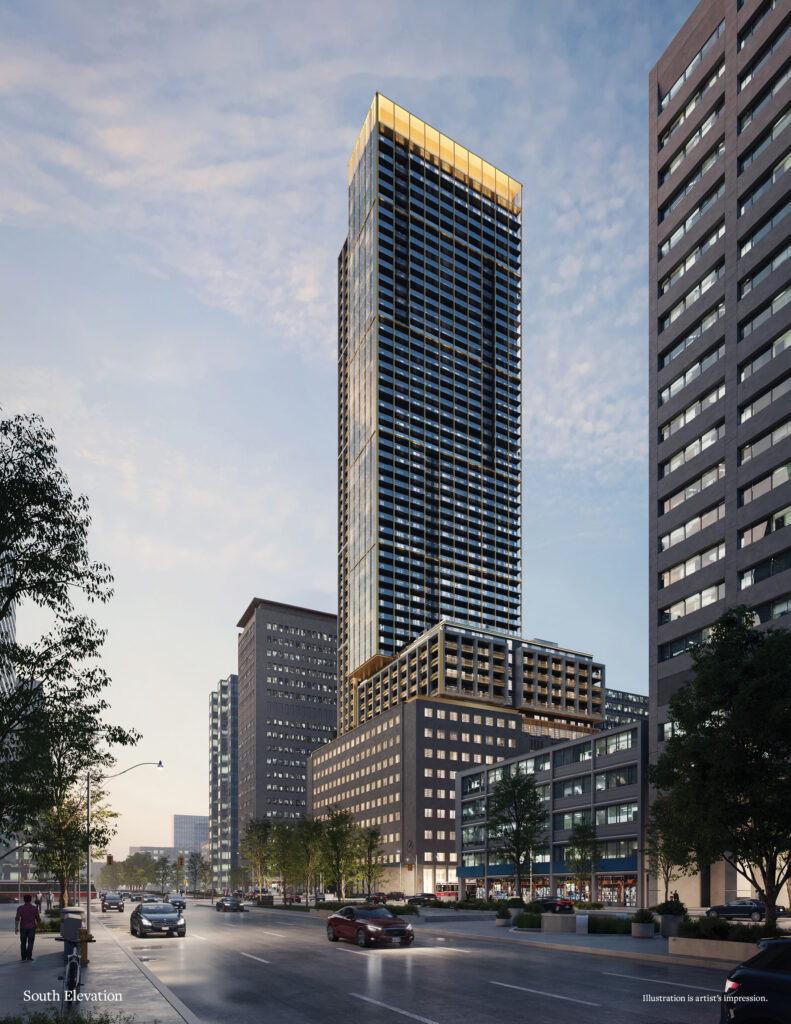 “From 1910 to the 1980s, 481 was the location of Maclean Publishing and later Maclean-Hunter with several buildings added to become one of the most recognized structures on University Avenue,” Davpart president and CEO David Hofstedter said in a statement.

During the 20th century, Maclean-Hunter grew to become the largest Canadian publisher of trade journals and the home to flagship Maclean’s Magazine, Chatelaine and the Financial Post newspaper.

“The existing structure is an example of a commercial building from the interwar era and is the result of many bold design influences, from Beaux-Arts to Modern Classical,” Hofstedter said. “While restoring the exterior, we will complete the interior to the highest standard of contemporary office and retail available today, so their current uses can continued.”

“The UNITED is a realization of our vision,” he said. “It’s a massive undertaking which started within the context of preserving and restoring the existing building. The complexities are enormous and it has taken lots of teamwork and patience to make it happen.” 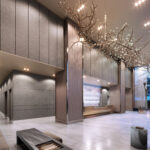 B+H Architects principal Mark Berest said: “The design of this building draws from the energy of its location at the intersection of the city’s primary cultural, institutional and retail anchors as well as its preserved architectural cultural heritage. It is a tribute to Toronto’s cosmopolitan character and considers a new convergence of live, work, and play.”

The UNITED includes 31,392 sq. ft. of retail space at ground level; 182,457 sq. ft. of commercial office space from floors 2-9 and 709 residences which begin from floors 10-52. The front door to 481 University leads to the offices and retail; the residential condominium entrance will be at 88 Centre Avenue, offering direct access to the TTC’s St. Patrick Station from inside the building.

“481 has an iconic a grand presence on University Avenue from Dundas Street to Centre Avenue, is designated under the Ontario Heritage Act and listed on the City of Toronto Inventory of Heritage Properties,” Hofstedter said.