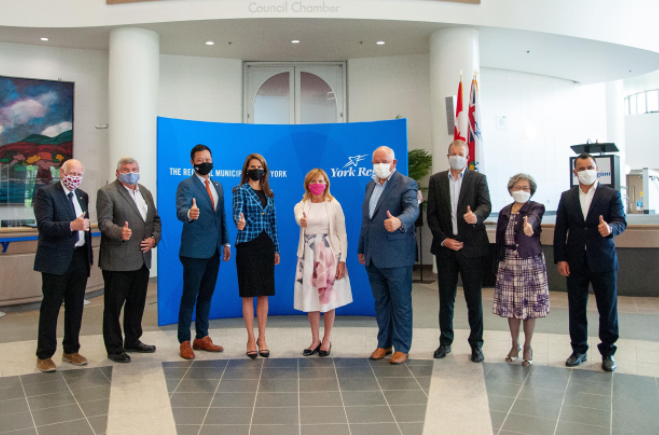 Plans for the Yonge North subway extension released last week include a station at Clark Avenue.

“The new Clark Station is the clear choice to support all those key benefits. With this alignment we can deliver the greatest number of stations for the growing communities of York Region while staying within budget, capitalizing on benefits, and providing better regional connectivity, including to GO Rail, York Region Viva and other transit options.”

While this major milestone confirms important benefits of the project, Metrolinx says it is also looking at other ways to make the subway extension the best possible fit for the communities it will serve. 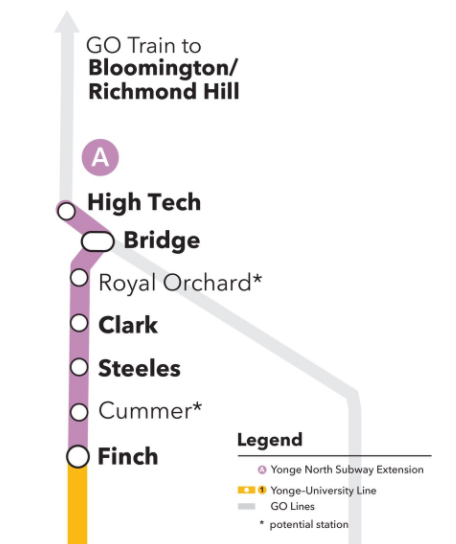 “We are looking at how we can build the subway tunnels even deeper underground in some areas and how we can adjust the route of the subway so that it travels under fewer homes.”

Collins says detailed environmental studies and community input are important in the process.

In addition to Clark Station, the province will work collaboratively with York Region and the City of Toronto to explore the possibility of adding stations located at Royal Orchard Boulevard and Cummer Avenue.

“Clark Station is the right choice for York Region,” said Phil Verster, president and CEO of Metrolinx. “Clark Station will make it faster and easier to get around York Region by bringing the subway closer to thousands of people. The team at Metrolinx is very excited to continue to advance our planning and design work to deliver this important transit project.”

Metrolinx is also considering refinements to the route of the extension to minimize impacts to the communities it will serve. Results of those investigations are expected later this year.

The project’s three other stations include one station located at Steeles Avenue, and two surface-level stations located at Highway 7 and Highway 407 (Bridge Station) and High-Tech Road in Richmond Hill.

“This extension is a huge milestone and a cause for celebration,” said Richmond Hill MP Majid Jowhari. “This will cut commute times by 22 minutes, reduce green house gas emissions and significantly cut down public fuel consumption, lastly, the extension will produce thousands of new jobs during and after construction.”

It is expected that the Yonge North Subway Extension will help accommodate future growth expected in the region and provide a vital transportation link to the GTA and Hamilton area transit network.