Ontario’s Minister of Transportation Jeff Yurek has announced multiple proposed changes to Ontario’s legislation that, if approved, could change everything from motorcycle handlebars to subway transit around the GTA.

Properly titled Bill 107, the amendment to the Transportation Statute Law vows to cut red tape and rid the province of unnecessary or heavy-handed legislation. It simultaneously increases penalties for breaking other rules, like speed limits in construction zones, and failure to stop for school buses whose lights are flashing.

Getting the most attention, though, is a mention at the beginning of the bill of the province’s intention to “upload” the responsibility of new transit projects from the City of Toronto and into Ontario’s hands, with the intention of speeding up the process and expanding its scope.

“Amending the Metrolinx Act to upload responsibility for new subway projects from the City of Toronto to the province would mean new subways are built faster on time for the people of Ontario,” reads a statement the minister released on May 2.

If the bill is passed, the city may have to stop activity on certain projects that are deemed to be Metrolinx’s responsibility.

Reaction to the proposed changes has been swift, with contention over whether plan will really build the downtown relief line faster and whether the province is working with Toronto on its plans.

The minister introduced the bill in the legislature by May 2. 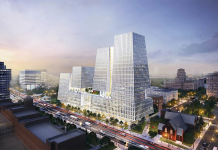 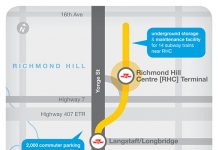 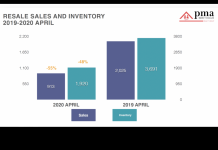