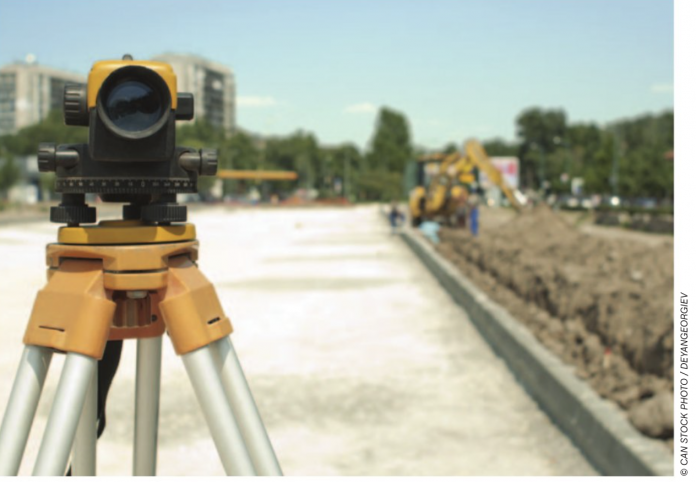 Employment and tax revenues will take a staggering hit over the next decade unless governments work together to support municipal infrastructure investments, according to a new report prepared for the Residential and Civil Construction Alliance of Ontario (RCCAO).

“Strategic investments in state-of-good-repair projects will keep jobs and growth on track and our municipalities afloat. Alternatively, failure to address municipal deficits and maintain infrastructure spending would have devastating economic consequences on Ontario citizens and businesses.”

Municipal governments are facing massive operating deficits due to increased demand for services and a simultaneous drop in revenue. Combined with a significant expected decline in GDP, this could put Ontario’s infrastructure investments at risk, which will have long-term implications for growth even after the threat of COVID-19 has passed, the report concludes.

Navigating the COVID-19 Socio-economic Shock: How Infrastructure Investments Will Facilitate Future Growth in Ontario was written by the Canadian Centre for Economic Analysis (CANCEA). Researchers proposed two contrasting scenarios for the next 10 to 30 years, based on different levels of infrastructure spending:

Risk Scenario:  The federal and Ontario government investment levels are kept at the same percentage of GDP that existed pre-crisis and municipal operating deficits are paid out of Ontario’s capital budget. Under this scenario, Ontario would have 55,000 fewer jobs, on average, per year over the next decade, with the federal and provincial governments losing $8 billion and $12 billion, respectively, in revenue.

This independent analysis aligns with last month’s Federation of Canadian Municipalities’ estimate that $10 to $15 billion is needed to cover municipal operating deficits for 2020. For Ontario, it recommends a $3-billion federal contribution – 56 per cent of municipal deficits.

In the wake of the federal announcement to accelerate Gas Tax funding, RCCAO urged Finance Minister Bill Morneau and Infrastructure and Communities Minister Catherine McKenna to “heed the sobering findings of the report”.

Previous reports commissioned by the RCCAO have shown the infrastructure investment gap is growing in Ontario. State-of-good-repair spending is often seen as a stimulus measure because it provides immediate economic impact and tends to be more labour intensive. The report stresses, however, that also investing in major projects is important for boosting long-term growth.

“Public infrastructure is essential for supporting economic growth in Ontario,” the report states.

“The roadways, hospitals, transit, power grids, broadband and water systems that are all part of Ontario’s infrastructure enable and sustain household and commercial activity. Without the proper infrastructure in place, Ontario’s economic growth will be constrained. Over time, infrastructure investments generate government revenue through the taxation of the additional economic activity and employment it supports. In the long run, this means that smart investments in infrastructure pay for themselves.” 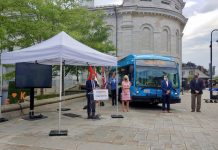 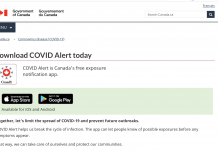 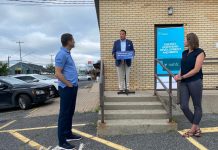 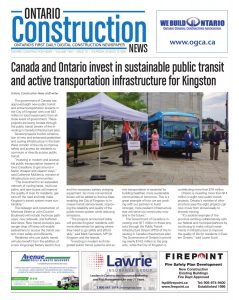