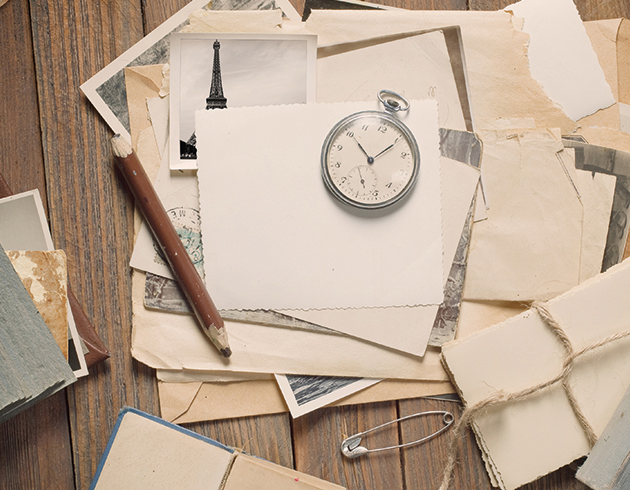 Back during my college years, I focused on taking care of myself about as much as you’d expect from a 20-something year old. I was using the sniff test to see if clothes would make it another day, eating a steady diet of pizza and Taco Bell, and I had the sleep schedule of a third-shift dock worker.

I was a student in Tuscaloosa working a part-time job selling advertising and writing for a local magazine that had a readership of about six people. Needless to say, funds were short. But there was one little luxury for which I always made time and spared money. I loved to visit a local barber shop called Don’s every couple of weeks for the full shave-and-a-haircut treatment.

My hair doesn’t grow very quickly, so every two weeks was overkill, and I could’ve shaved myself with my $0.50 BIC razor at the apartment like I did all the other days in between visits. Plus, Tuscaloosa had all the SuperCuts-type chains that offered cheaper services, so why did I sacrifice to pay more and become a regular at Don’s?

Because the first time I went in there, it was different.

This place had black and white tiled floors and barber’s chairs that looked like they’d been around since WWII. The shave was done with a stropped straight razor, and the steamed towel afterward put it over the top. But what really sealed the deal were the stories the old men would tell while they cut my hair. You see, Don’s Barber Shop had been a staple of the community for decades, hence the reason they liked doing things the old-fashioned way. And it didn’t take long after walking in the door to tell that some pretty famous people had chosen to get their hair cut at Don’s.

If you don’t already know this, Tuscaloosa is the home of the University of Alabama, and there were pictures of Bear Bryant, Joe Namath, Ken Stabler, Lee Corso, Keith Jackson and others sitting in those old 50s style chairs. The memories in that tiny little barber shop were amazing. This is when I really discovered the power of nostalgia.

A couple of other parts of this that you should know: I was born in 1984, not 1944, so it’s not like the old-timey setting is something I remembered from my youth. This place shouldn’t have appealed to the younger generation at all, right? It should have been only old men talking about parachuting into France and actually playing for The Bear. They were there too, but they were mixed in the long line with shaggy-haired frat boys.

And (this is more important than anyone outside the state realizes) I’m a big time Auburn fan, which is Alabama’s hated rival, so I shouldn’t have been drawn in there to talk about my rival’s heroes and glory days with people who actually knew them and lived them. But I was, and I did. There was something about the place that made you feel like you were experiencing history.

Feeling connected to the past and getting to experience it in some way is a powerful draw. So how does a contractor use this?

The first thought, of course, is the line that many proudly display, “Serving the Smith-wood-mont-ville-field area for 65 years!” That, in and of itself, is a powerful tool to not only establish credibility for everyone who might be new to the area, but also to show that you have stability. I don’t know about you, but every time I see a new restaurant or business open up in town, I take the wait-and-see approach. As in, I’ll let others go test it out for a while and, if they’re still open in 6 months, then I’ll give them a shot.

I know, that’s a little harsh because these upstarts are the ones who need the most help and need people to take chances on them early. But most people would rather spend their family meals out at the restaurant who’s been, “Serving the best fried chicken in Montgomery for 42 years.” If you have that kind of record, you have a huge advantage over all the upstarts trying to break their way into this industry, and you’ve earned it. Make sure you proudly display it to your community.

But that brings me to my next point; that word COMMUNITY is huge. For you to advertise the proud history you have with a community, it better be a history people recognize. Hate to break your heart, but people couldn’t care less if you’ve just been doing business quietly in their town for X number of years. If you’re just a building with a sign out front that people pass every day but have never even noticed, your history plug probably won’t strike much of a chord. But, how about this?   “ABC Air has been supporting the local youth baseball teams in X community since 1971.” Now you’ve got a dad who remembers ABC Air on the back of his uniform, and he now has a 27-year-old son who just bought his first house. “ABC Electrical has given scholarships to high school seniors for over 20 years.” “We’re a staple in the local Christmas parade. Been doing it for 15 years.” These are things that form connections and history with your community and customer base.

dWhy is that so important? It’s because of the nature of our business. You do not want your only association with customers to be bad memories, right? The word nostalgia means a HAPPY or pleasant association with a past experience. Think about it, except for the most proactive of your base, the times when they called you to their house were not on their best days. Something has broken, something is leaking or shorting out and they are stressed, ticked and worried. Even if you fixed it, they don’t consider that day a happy time in their life. Is that the only associated memory you want in the homeowner’s mind when they think of your company? Or would you rather them also think back to childhood memories about your float being the one Santa Claus rides on throwing candy? History and reputation are powerful.

And lastly, make sure your area knows that you surviving for X number of years makes you an expert, not only in your trade, but also in their area. Sending a message to a neighborhood that is 20 years old saying, “I remember when this neighborhood was built in 1999 and my company wired (plumbed, put the ductwork in, etc.) all these houses. We know that system and know your home because we’ve been there before. It’s probably time for some safety and comfort upgrades, would you let us come take a look?” You just established valuable history with someone you might not have known at all beforehand. Even if they are not the original owner of the house, you just scored major points and you’ll be shocked at how many people will open their doors. Find ways to use the history you’ve earned.

I know that these pointers don’t apply to everyone because many of you reading this are in your first, second or third year of business and the history just isn’t there yet. But start with 2019 being year one of, “Since 2019 we’ve been…” I promise it will pay off in the future.

If you’d like to talk about this topic or get some tips/best practices on others, I’d love to help! Shoot me an email to justin@hudsonink.com or call (800) 489-9099 to line up a time to speak.