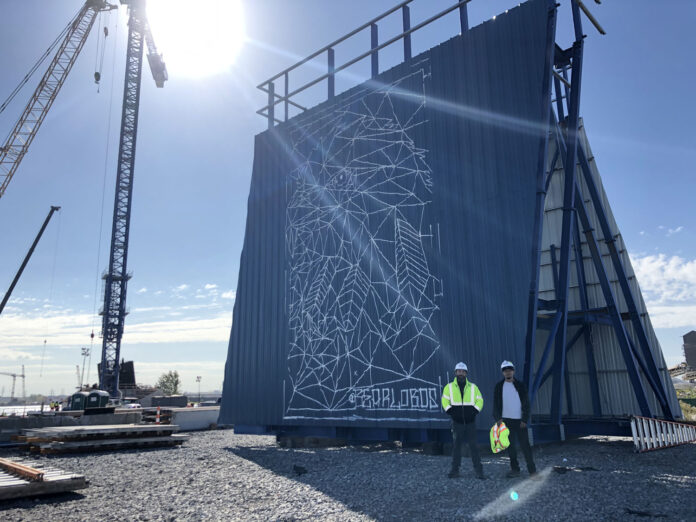 A series of murals painted by artists from Walpole Island First Nation, Caldwell First Nation and Southwest Detroit now adorn the outside panels of the tower crane climbing systems. 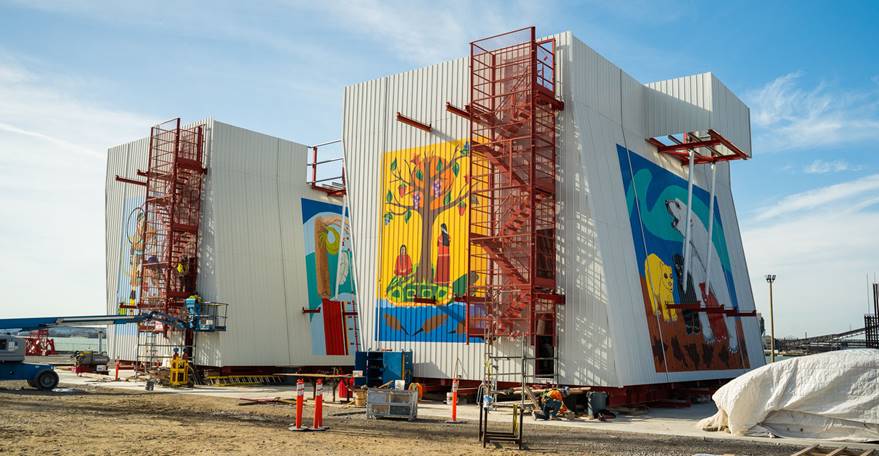 “This innovative opportunity for local artists to participate directly in the project, through a collaborative relationship with the project team and to reflect the character of the region is representative of WDBA’s goals behind the Community Benefits Plan. We celebrate the remarkable craftsmanship and contributions the region has to offer,” Bryce Phillips, CEO, Windsor-Detroit Bridge Authority said at the unveiling last week.

The gallery will remain for about two years on the structures that provide access to the two massive bridge towers being built to support the bridge, giving local artists from Walpole Island First Nation, Caldwell First Nation and Southwest Detroit the chance to contribute their talents to the Canadian and US construction sites. 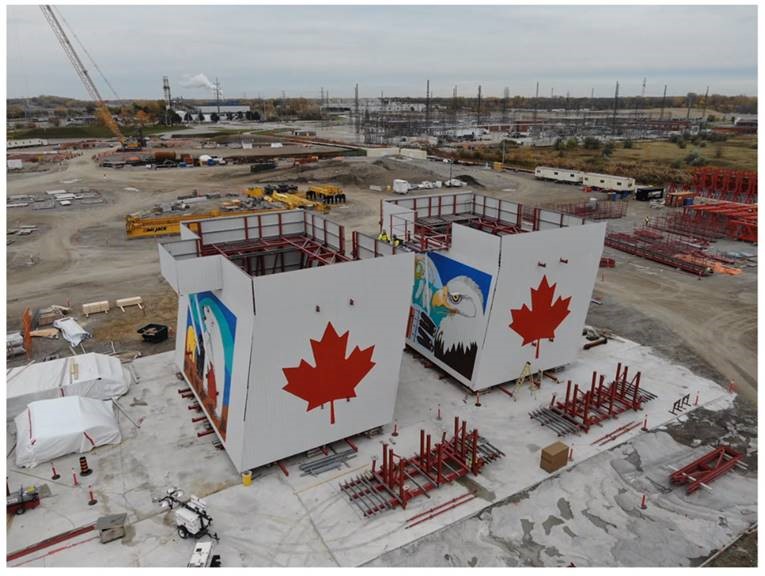 There are four art pieces on the US side and six pieces on the Canadian side of varying sizes. The largest art piece measures 15 metres by 12 metres.

The artists – Paul White, Teresa Altiman and Daisy White from Walpole Island First Nation, Naomi Peters from Caldwell First Nation, and Roberto Villalobos from Southwest Detroit – were engaged in summer 2020 and began designing their paintings. The art features the international aspect of the project with the Canadian maple leaf and the American stars and stripes.

“It’s a marvellous opportunity to teach people a little bit about who we are as First Nations People,” said Altiman. “I hope people will take the time to find out more about our paintings. It’s a tremendous teaching and learning process.”

According to a news release, artists were encouraged to make recommendations to the project team and to take creative liberties in the art to not only share the history of the lands on which the bridge is being constructed, but also to tell a few of the many stories about the culture and diversity of the region.

The tower crane climbing systems on which the murals will be displayed are temporary steel structures used to provide access for workers constructing the two massive bridge towers supporting the bridge. As the tower cranes are extended to their ultimate height of 250 metres/822 feet, so will the artwork, making them visible from land on both sides of the border and from the Detroit River. 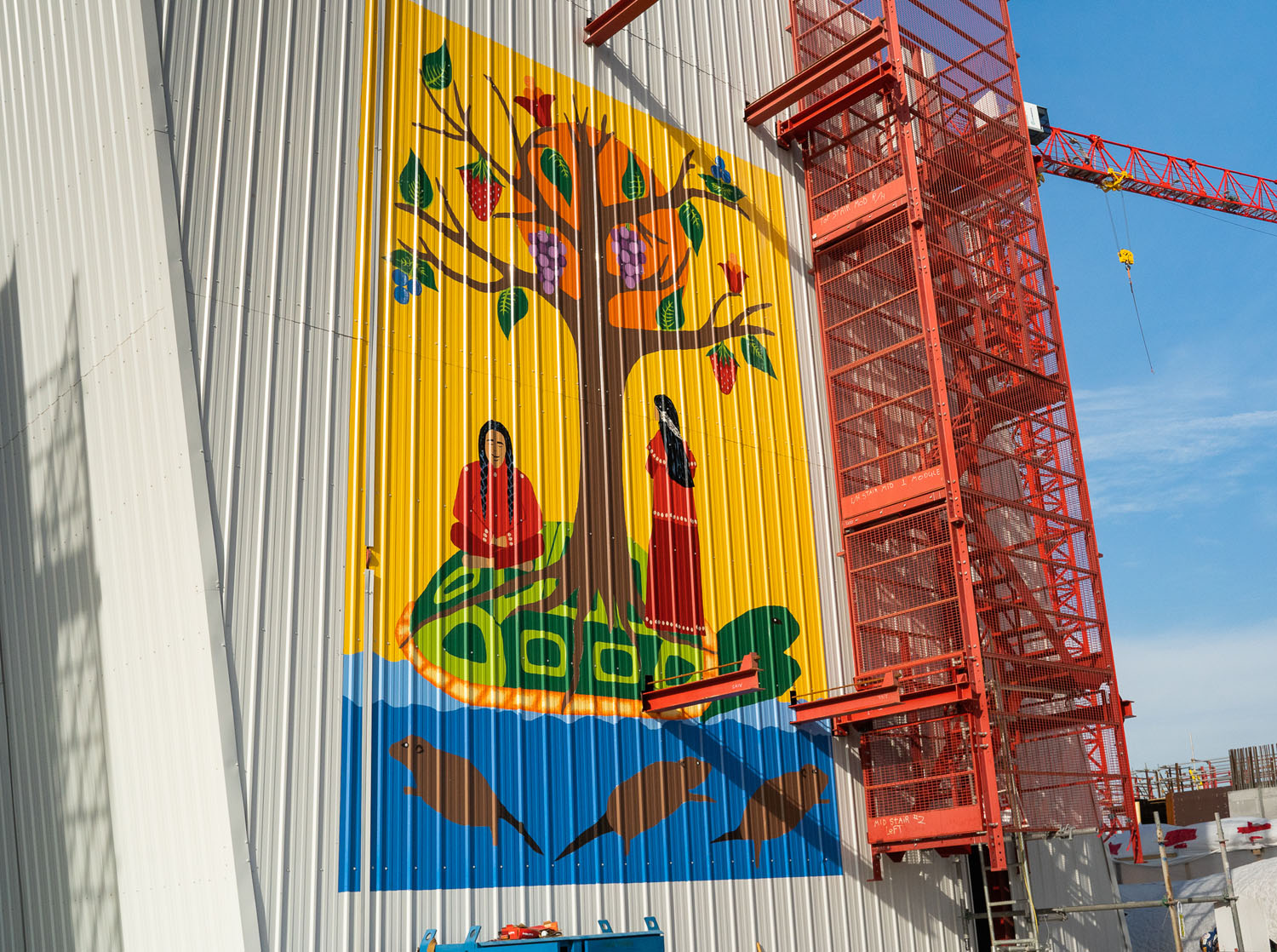 The panels for the Canadian tower crane were painted at Walpole Island and transported to the bridge construction site in fall 2020. The US panels were painted on site. The murals will remain on the climbing systems for approximately two years before being repurposed once the bridge is complete.

“The tower crane panels are a perfect location for these on-site art pieces. While the construction site remains inaccessible to the public, the murals will be visible from land and water. Our workers will also enjoy this impressive art which will serve as inspiration and a reminder of the unique communities we are a part of,” said Aaron Epstein, CEO, Bridging North America.

Once the tower cranes reach their final height, they will more than double the height of Windsor’s tallest building and will be taller than the 73-story GM Renaissance Center in Detroit. 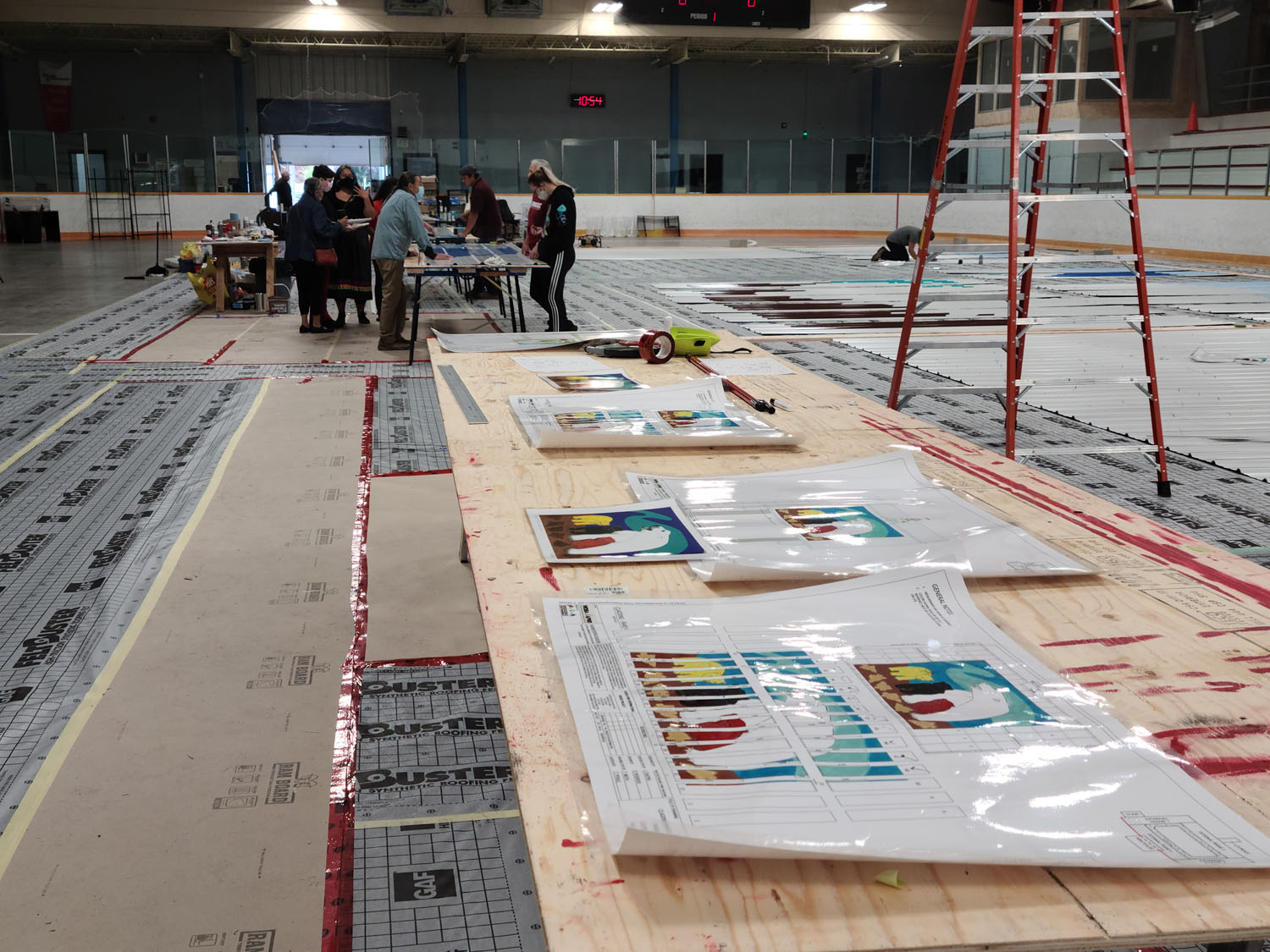