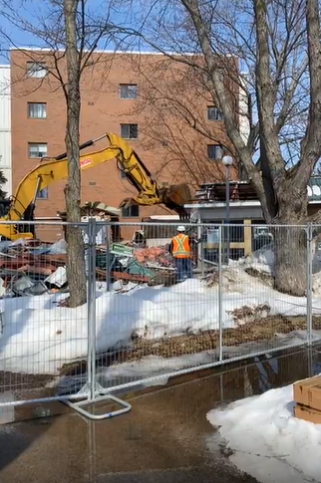 Laborers’ International Union Local 183 members in the provincial ICI sector for the sewer and watermain forming, concrete and drain, as well as low rise forming, voted in favor of tentative contract proposals on Sunday, and the new contracts will go into effect on May 1.

However, the union local, the largest in the country, reported on Sunday that the union and the Greater Toronto Railing Association have not reached a collective agreement and the union’s membership has voted to strike.

A spokesman for the union had said before the weekend vote that it is not actively endorsing and where wage increase falls short of some other deals being hammered out in Ontario’s construction industry.

Sean McFarling, general counsel for the LIUNA Ontario Provincial District Council and the union’s Central and Eastern Canada Organizing Fund, said before the weekend vote that the union is taking a neutral position and is not making a recommendation either way on the management proposal, leaving it in the hands of the membership.

The proposed wage increase of 9 per cent to 10 per cent over three years lags, for example, the 15.1 per cent over the same period pre-cast workers reached with management after just two days of talks, a deal LIUNA is recommending for ratification

McFarling said if the mason tender workers, cement finishers and water proofers in the 10 locals covered by the tentative provincial industrial, commercial and institutional sector agreement vote to reject the deal they could return to bargaining but will be in a legal strike position on May 1.

He also said that LIUNA demolition workers and their employer bargaining agency have reached an impasse over wages and will be in a legal strike position on May 12 with no new talks currently scheduled.

A spokesman for LIUNA Local 183 representing Toronto sewer and watermain workers said sides are returning to the bargaining table on May 1 after a previous meeting on April 23.

LIUNA 183, with 58,000 construction workers in the GTA, says members have voted to renew agreements in heavy sector, roads and basement waterproofing units with renewed agreements to take effect May 1 while a virtual ratification vote has been scheduled for May 7 for fencing workers. A union spokesperson said bargaining also continues on behalf of form fitters represented by LiUNA Local 837 in Hamilton-Niagara.

McFarling said Laborers’ union membership in Ontario demolition, ICI and pre-cast units totalled 7,000 in January to March but the number has likely reached 10,000 to 12,000 currently.

Numerous three-year labour contracts in Ontario’s construction industry expire on April 30 under terms of provincial collective bargaining legislation, with several tentative deals already reached against a backdrop of 6.7 per cent inflation in Canada and abundant work in the sector.

The Carpenters’ District Council of Ontario (CDCO) representing 20,000 workers reached a tentative settlement this week with its employer bargaining agency in the ICI sector. CDCO president Mike Yorke did not reveal terms of the agreement but said the union is recommending acceptance at ratification votes underway across the province.

Some bargainers will continue their work this week and into May including those for the Sheet Metal Workers International Association on behalf of ICI roofers and sheet metal workers with the sides “far apart” on wages and some benefits the union says on its website.

Insulators Employee Bargaining Agency bargainer David Gardner said talks toward a deal for about 1,200 workers will continue in May, a strike vote has not been taken and “wages have not been discussed, we are still on language,” while plumbers and pipefitters, who have voted in favour of a strike, continue to negotiate with the Mechanical Contractors Association.

Ontario’s crane operators represented by Operating Engineers Local 793 have not announced an agreement and are said to be seeking deals that improve on the 8.6 per cent over three years reached by electrical workers and the 9 per cent over the period plus a premium for Toronto workers ironworks achieved early in the year.

Unionized tile and terrazzo workers, meanwhile, are to vote in May on a tentative agreement that includes a 3 per cent wage hike in each of three years.

Unionized bricklayers and their employers reached a separate tentative agreement earlier this month, with ratification votes scheduled for coming weeks. As well, workers under the rodmen provincial collective agreement are to vote May 2 in Toronto on a tentative contract.

Bruno Mandic, business manager/secretary-treasurer at the International Union of Painters and Allied Trades, servicing Ontario, has said a tentative agreement with unionized painters has also been reached but would not comment further.