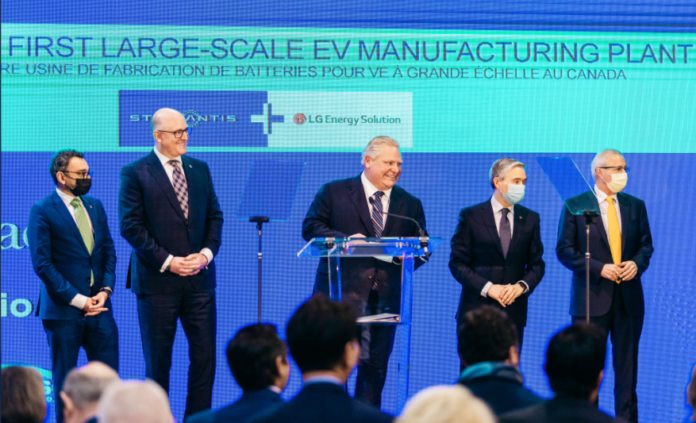 Chrysler parent Stellantis and South Korea’s LG Energy Solution say they will build an electric vehicle battery plant in Windsor, at a cost of $5 billion.

The automaker announced the new plant Wednesday, along with plans for a second battery plant at a U.S. location yet to be named.

“It shows … we are absolutely committed to 50% EVs, full on (battery electric vehicles), by the end of the decade,” Mark Stewart, chief operating officer for Stellantis in North America said during a press conference in Windsor. 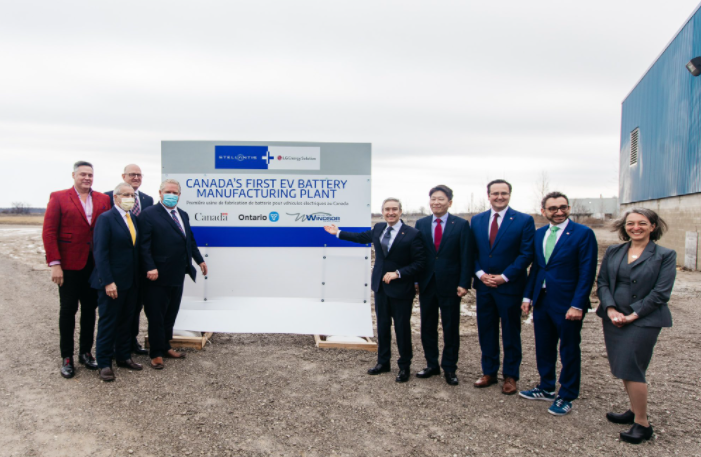 Construction activities are scheduled to begin later this year with production operations planned to launch in the first quarter of 2024. The facility will be fully operational by 2025.

“Stellantis is Windsor’s largest employer and has a rich history in this community. Chrysler began operations in this community in 1925 and has employed generations of Windsor–Essex workers at its facility,” said Windsor Mayor Drew Dilkens. “As the world pivots to EVs, Windsor will soon be home to the battery manufacturing facility that powers it all.”

The investment is the largest in Canada’s auto sector in history, federal Minister of Innovation, Science and Industry François-Philippe Champagne said at the press conference. Hundreds of millions in municipal, federal and provincial government subsidies are expected to be announced at a future date.

“Attracting this multi billion-dollar investment will secure Ontario’s place as a North American hub for building the cars and batteries of the future,” said Premier Doug Ford. “As we secure game-changing investments, we’re also connecting resources, industries and workers in northern Ontario with the manufacturing might of southern Ontario to build up home-grown supply chains. Every region of Ontario will benefit with thousands of jobs being created and a stronger economy that works for everyone.” 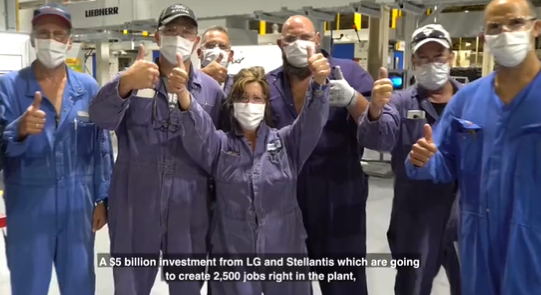 This investment will accelerate Ontario’s 10-year vision for the Driving Prosperity ― The Future of Ontario’s Automotive Sector plan. Phase 2 of Driving Prosperity demonstrates the government’s commitment to transform the province’s automotive supply chain to build the cars of the future, including the production of hybrid and fully battery electric vehicles, EV battery and component production, and increasing exports of Ontario-made auto parts and innovations.

Over the past 18 months, the automotive sector in Ontario has seen more than $11 billion in investments for new vehicle production mandates and battery manufacturing, including this one by LGES and Stellantis.

“LG Energy Solution, together with Stellantis and the Canadian and Ontario Governments, are confident they will set a solid foundation in setting up a battery value-chain in the region, speeding up the green energy transition.

“Through this joint venture, LG Energy Solution will be able to position itself as a critical player in building green energy value chains in the region. Creating a joint venture battery manufacturing company in Canada, recognized as one of the leading nations in renewable energy resources, is key for LG Energy Solution as we aim to power more electric vehicles around the world,” said Youngsoo Kwon, CEO of LG Energy.