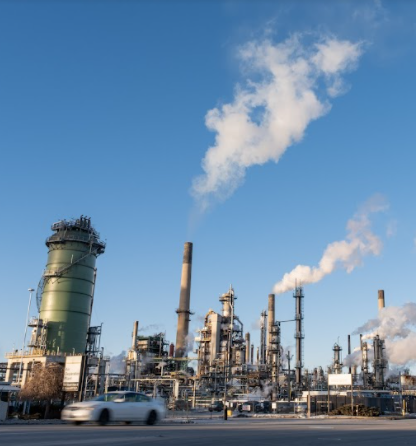 Enbridge Inc. has released an RFP for its Great Lakes tunnel project, the company says.

The project, which will re-route the Line 5 pipeline deep underground in Michigan’s Upper Peninsula, got the go ahead to find its construction team after the Mackinac Straits Corridor Authority approved plans on Feb. 16, the company said.

“The Corridor Authority gave consent on issuing our request for proposals for the Great Lakes Tunnel Project,” said company spokesman Jesse Semko in an email. The RFP was issued in early March, he added.

“The permit approvals are the driver of the timeline for the project,” Semko said.

The Line 5 pipeline links Sarnia’s petrochemical industry to Wisconsin with a 645 mile (1038 km) pipeline by way of the upper Great Lakes. The pipeline carries 540,000 barrels per day of light crude oil, light synthetic crude, and natural gas liquids, which are refined into propane, the company said.

Line 5 diverges into two, 20 in (50 cm) pipelines which cross the 4.5 miles of lakebed at the Straits of Mackinac, where Lakes Huron and Superior meet.

Concerns of the pipeline’s durability were brought to public attention after a ship’s anchor struck the pipeline in 2018. No leak was detected.

According to Enbridge, the 65-year-old pipeline “remains in excellent condition, and has never experienced a leak.” But the Michigan government ordered Enbridge to shut down the pipeline by May 2021, pointing to environmental risk should the pipeline suffer a leak in the Great Lakes.

Citing a 1977 treaty between Canada and the U.S. regarding energy supplies, Enbridge sued the Michigan Government and the pipeline remains open today as the dispute remains in U.S. courts.

“Line 5 is essential to our energy security,” said Seamus O’Regan Jr., Canada’s Minister of Natural Resources. “The Government of Canada has continuously advocated for and raised the importance of Line 5. Line 5 does not just affect one province or one region — it supports our entire country.”

Closing the pipeline that carries Alberta crude oil would devastate Ontario communities and cost up to 50,000 jobs on both sides of the border, officials say.
To alleviate fears of a spill from the current Line 5 pipeline, Enbridge proposed the tunnel project.

The 4-year, half-million dollar endeavour would see Line 5 rerouted through a tunnel bored through limestone deep below the Mackinac Straits.

Enbridge is proposing to build two new sites at opposing shores in the straits where crews would operate a 500-foot (152 metre) tunnel boring machine to dig and reinforce the 21-foot (6.4 metre) diameter tunnel to house the pipeline.

Already Enbridge has begun soil sampling and invested $100 million into the project, they said.

Enbridge plans to process tonnes of slurry from the tunnel dig right on site, safely depositing the sediment and at the same time recycling water collected.

The tunnel borer will creep about 40-feet (12 metres) per day once construction kicks off, the company said. It hopes to cover the length by 2028.

Beyond the pipeline, the tunnel could also house hydro and fibre optic lines, Enbridge noted. According to Semko, Peninsula Fibre Network has expressed interest in running cable along the oil pipeline.