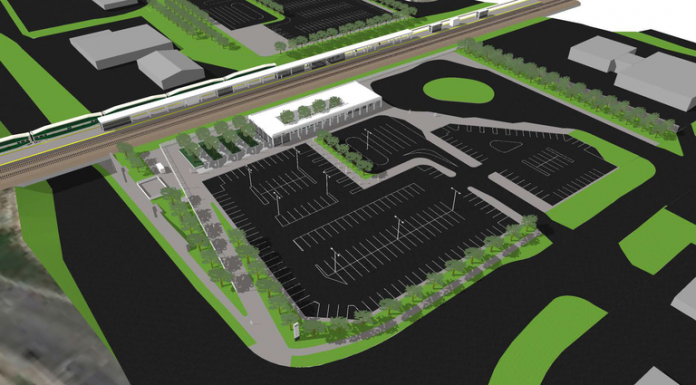 The future of Confederation GO Station is beginning to take shape, with the construction tender for the station in east Hamilton being made public last week – officially setting off the bidding process to do all the heavy lifting.

Confederation GO rail station will offer a number of essential customer amenities, including an accessible island platform with tunnel connections and canopies, a passenger pick-up and drop-off area and direct stair access from Centennial Parkway. It will also offer approximately 150 additional parking spaces.

Niko Barlas, project manager with Metrolinx’s Capital Projects Group, will be leading the boots-on-the-ground team in charge of construction of the station itself and building on the work that has already been completed.

“Metrolinx has been involved with this site for a couple of years now and it has its challenges, both in terms of access and the fact that it spans across a live rail corridor,“ Barlas explained.

“We essentially laid down a lot of the groundwork south of the rail corridor as part of that first phase.”

“We also installed a major section of the cast-in-place tunnel and will now finish that tunnel as part of this new contract,” Barlas said.

On the north side of the tracks, the Metrolinx GO Bus Infrastructure team built a bus loop with shelters and approximately 60 parking spaces as a separate project. The work also involved extensive work on underground utilities, a new storm water chamber, as well as landscaping and tree planting.

Treating this as a separate project allowed Metrolinx to open this section of the site independently of the rest of the station. The Park ‘N’ Ride is now serviced by GO Bus Route 12, in place of the stop previously located at Nash Road North and Barton Street East, and multiple HSR Bus routes. 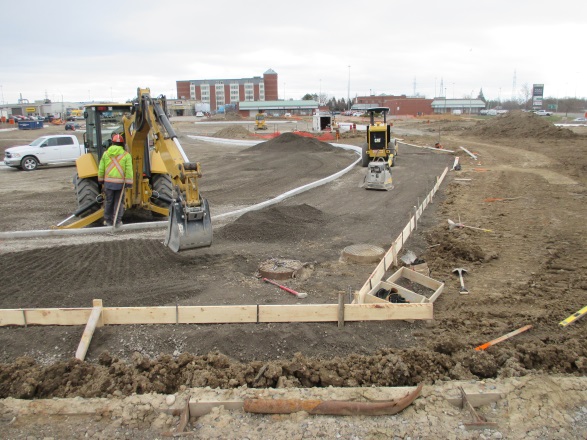 Metrolinx worked with CN – rail partners and the corridor owners – to add four new spans to the rail bridge over Centennial Parkway, immediately east of the station site.

Niko pointed to the importance of this work, explaining: “The wider bridge gives us the space to install additional track on it to service the future station – it really is key to unlocking this site’s potential.

“We are looking forward to breaking ground on the new station as soon as possible.”

The precise construction schedule will be finalized when the contract is awarded this summer.