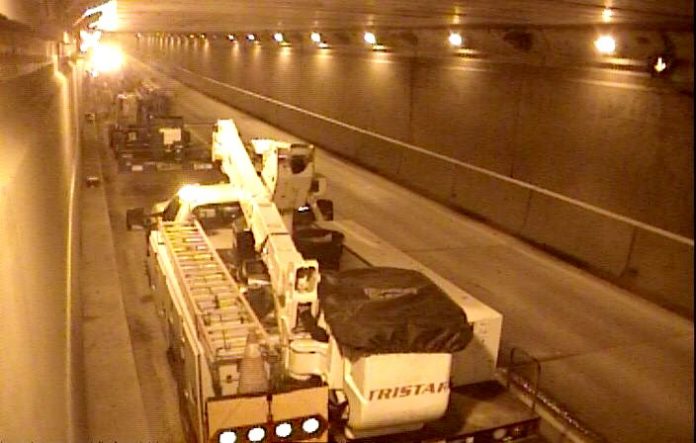 Caroline Mulroney was responding in the legislature Thursday to concerns raised by Niagara Centre MPP Jeff Burch about the closure of the busy tunnel to eastbound traffic, making it one-way only.

After a recent snowstorm, the MTO said two-way traffic in the north tube is a safety hazard.

Niagara-area politicians wrote to Mulroney, asking for a “more feasible solution ” after learning the Ministry planned to end two-way traffic through the tunnel.

“I recognize and I appreciate the difficulties that the closures at the Thorold Tunnel are having for motorists in the area,” Mulroney said at Queen’s Park.

Mulroney said since learning of the issue last week, she has directed senior officials in her office and the ministry to develop new solutions and to report back to her. Elements of this story were originally reported in the St. Catharines Standard.

The Thorold Tunnel, which has been under construction since 2018, consists of two tubes separating traffic in either direction which run along Highway 58 under the Welland Canal.

During the first snowstorm of the season on Nov. 11, the north tube had to be shut down for 18 hours when it was discovered the barriers made the lanes too narrow for snowplows.

The ministry expects to complete its construction project at the site next year. The project has reduced traffic to a narrow single lane in each direction in one of the tubes, while construction crews work on the other.