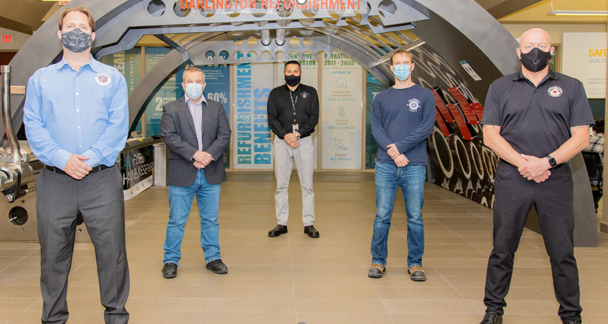 “The primary driver of the underground economy is employers improperly classifying their workers as ‘Independent Operators’ rather than employees.”

The meeting happened two weeks before UBC (United Brotherhood of Carpenters) Tax Fraud Days of Action taking place across Canada and the United States April 11-16, 2022 to bring awareness to the issues of tax fraud and the underground economy.

A 2019 Ontario Construction Secretariat study estimated annual revenue losses due to underground activity have increased by 30 per cent over the past decade. Between 2013 and 2017, the Province of Ontario and Government of Canada lost between $1.8 billion and $3.1 billion annually as a result of contractors operating in the underground economy.

“The categorizing of workers as ‘independent operators’ is the real foundation of the underground economy and the principal cause of revenue losses to governments and government agencies” said Chris Sutton, MRCO director of political affairs.

“It is time for all of us to stand up against tax fraud in the construction industry.”

Learn more about protecting construction workers from the impact of tax fraud at www.stoptaxfraud.ca

The Millwright Regional Council of Ontario (MRCO) is composed of eight affiliated Local Unions of the United Brotherhood of Carpenters and Joiners of America (UBC) across the Province of Ontario. We represent thousands of women and men working as progressive cross-trained construction and maintenance professionals with exceptional skills to install, maintain, diagnose, and repair precision machinery, UBC millwrights are vital partners in industries as diverse as energy, automotive, aerospace, food processing, pharmaceuticals and more.