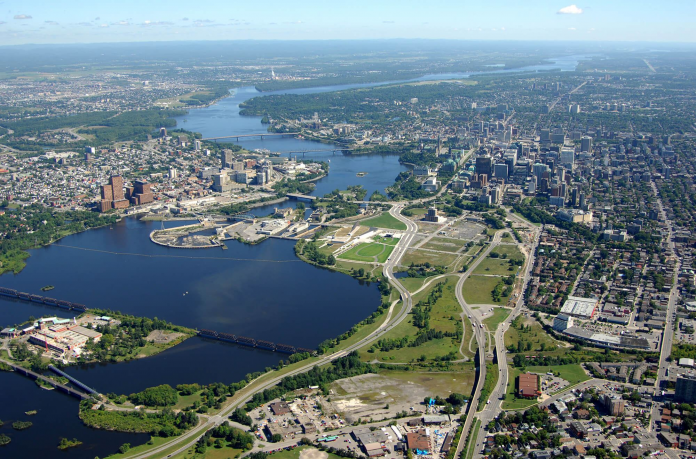 The federal government’s National Capital Commission (NCC) has started public consultations to determine the future of Lebreton Flats, restarting the process to develop a master plan for the site near the city’s downtown.

The previous vision – a multi-billion dollar plan for the 23.9 hectares site proposed by RendezVous Lebreton, including a new downtown arena for the Ottawa Senators, fell apart late last year when Senators owner Eugene Melnyk and development partner John Ruddy, executive chairman of Trinity Group, fell into a disagreement about project funding and conflicts-of-interest.

Rather than giving the entire project to one developer, the NCC now plans to build out the flats in stages, but before it starts, it has invited public input into how the site should be developed.

NCC project director Katie Paris said that the NCC wants to understand what Ottawa residents want to see at the site. “From that we’re going to be creating this master concept plan for the whole site, which is going to guide development over the years,” CBC quoted Paris as saying.

The NCC would like the City of Ottawa to approve the master plan next year.  It would would designate areas of LeBreton Flats for different uses such as housing, office space, parks, plazas and open spaces, she said.

It could then request proposals and be ready to start construction in 2022 — a year after its goal to start building on a parcel of land near Albert and Booth streets.

The NCC has also outlined a set of guiding principles to help steer the site’s development over time.

“Bringing a new signature use to LeBreton Flats (and) not wasting the opportunity that this amazing site offers,” Paris told the public broadcaster.

“:Valuing nature (and) putting in place really high sustainability goals … Building a neighbourhood that’s going to be resilient to climate change over time … (and) creating community, which means a diverse community.”

Michael Powell, president of the Dalhousie Community Association, attended the consultation and said he thinks the NCC’s approach will allow for a more “gradual development” process that doesn’t cater to the needs of any one developer, CBC reported.

“What I want to see is an effective and functioning community — what was replaced 55, 60 years ago,” Powell said. “And I think… what makes a place vital is the right mix of people and jobs and shops, so it’s going to have to have residences, it’s going to have to have good public space that works … that will be connected to the rest of the community.

“I want us to be ambitious, and I want us to try something that we have perhaps not seen in other places.”

The NCC invited participants to write suggestions for various themes on sticky-notes, which others attending the event could vote on with blue or red stickers to show approval or disapproval respectively.

Some of the more popular suggestions included: “Flats for neighbourhood first – city second – tourists third” one wrote on the theme of the Flats role as a capital district. “Madam (sic) Tussaud’s Wax Museum NO!” said another, the Ottawa Citizen reported.

Some visitors suggested the site should include affordable housing and public washrooms.

One of the most popular suggestions was also one of the broadest: “Build literally anything by 2060.”

The NCC says on its website that it is looking at other major cities for inspiration. As well, “the future development, anchored by the Canadian War Museum, the Ottawa River, the future public library and two light rail transit (LRT) stations, will include the revitalization of the aqueduct and Nepean Inlet, and allow for a potential anchor institution or major event centre.”

In addition to the public session, the NCC invites online responses until July 2 at