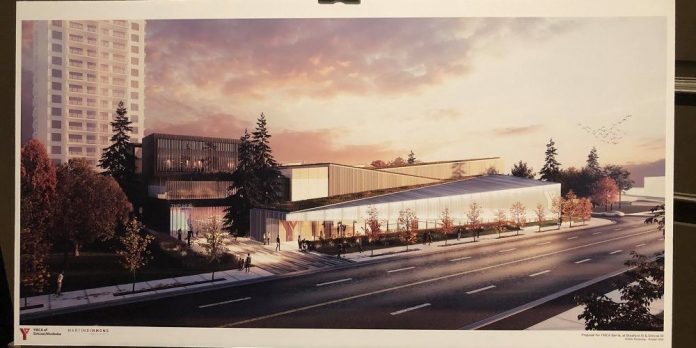 The YMCA of Simcoe-Muskoka has launched a fundraising campaign to build a new $40 million facility in downtown Barrie.

Called 100 Reasons Y, the fundraising effort will help finance a new facility where Barrie Central Collegiate once stood, and it’s already off to a good start.

The County of Simcoe has pledged $2.5 million towards the project, specifically to go towards childcare facilities. Community members have already been making donations, to the tune of $5 million, while Barrie-based Napoleon has made a $500,000 contribution. When the new building opens, it will feature the “Napoleon Gymnasium” as a result.

The new facility will also include a cardiac rehab program in partnership with Royal Victoria Regional Health Centre and 10 transitional beds managed by Youth Haven, Simcoe County’s only emergency shelter for youth who are experiencing homelessness.

“With Barrie’s population set to increase by over 70 per cent in the next 20 years, this investment in the downtown core is critical to meet the needs of our growing city. I am truly inspired by and grateful for the generous support we have received so far,” said Rob Armstrong, CEO, YMCA of Simcoe/Muskoka.”

Construction on the new building is expected to start next fall and should last about two years. The expected opening date is fall 2022.

Armstrong says the current YMCA building, built in 1964, has outgrown its usefulness and the infrastructure “is done.”

Therefore, starting fresh at a new site was the best decision, he said, and in November of 2018, the YMCA announced it would be selling its old facility.

The new Y design will follow a model more commonly seen at YMCAs in Europe, including additional community space.