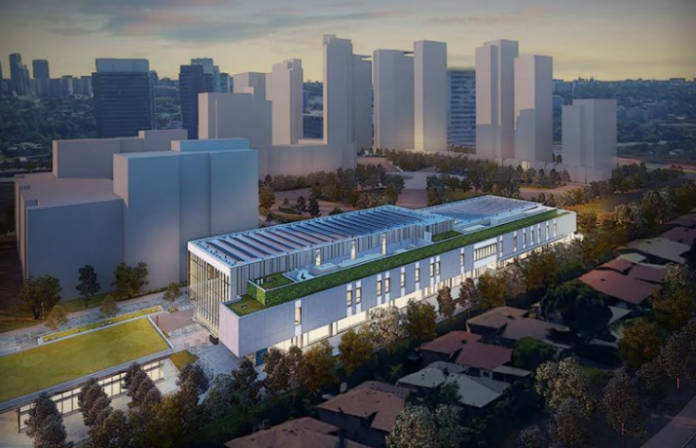 The City of Toronto will name a new recreation centre and library for the Wendat word Ethennonnhawahstihnen, the first facility to be named in collaboration with the Huron-Wendat Nation.

The new, multi-use facility is under construction at 100 Ethennonnhawahstihnen’ Ln., located within the Concord Park Place community that will be home to 10,000 residents across 20 residential towers when the development is completed. The facility, currently scheduled to open in early 2023, will include a community recreation centre, a new Toronto Public Library (TPL) branch and a childcare centre.

Described as Toronto’s largest community centre, the 209,000-sq.-ft. project was originally given a working name as the Bessarion Community Centre (BCC). In 2018, the City of Toronto awarded an $85-million contract to Eastern Construction Company Limited to build the three-storey structure, according to a story published then in Daily Hive/Urbanized. 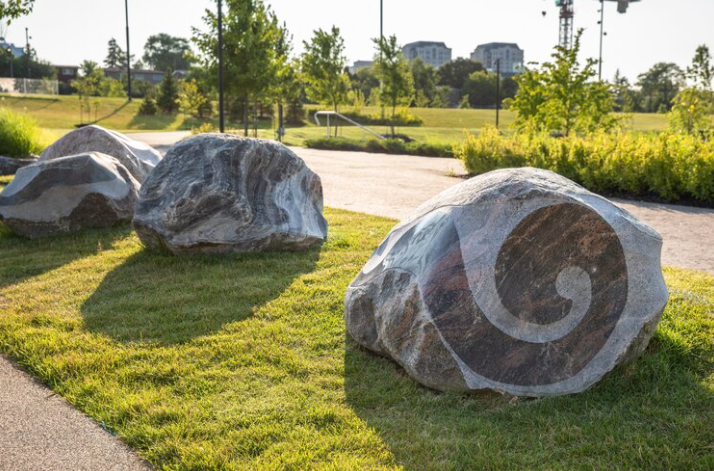 “Thank you to the Huron-Wendat Nation as well as city staff and the local community for coming together and seeing this special and meaningful opportunity to honour the culture and history of Indigenous Peoples in a very public way,” said Mayor John Tory. I am confident that, when planning public spaces and amenities across the city, we will continue find ways to contribute to the advancement of truth, justice and reconciliation.”

Ethennonnhawahstihnen (pronounced Etta-nonna wasti-nuh) means “where they had a good, beautiful life” and was first suggested by the Huron-Wendat Nation for the nearby park and lane. The location, near Bayview and Sheppard Avenues in North York, is adjacent to a significant Huron-Wendat archaeological site where findings showed that inhabitants lived long and healthy lives in relative peace. 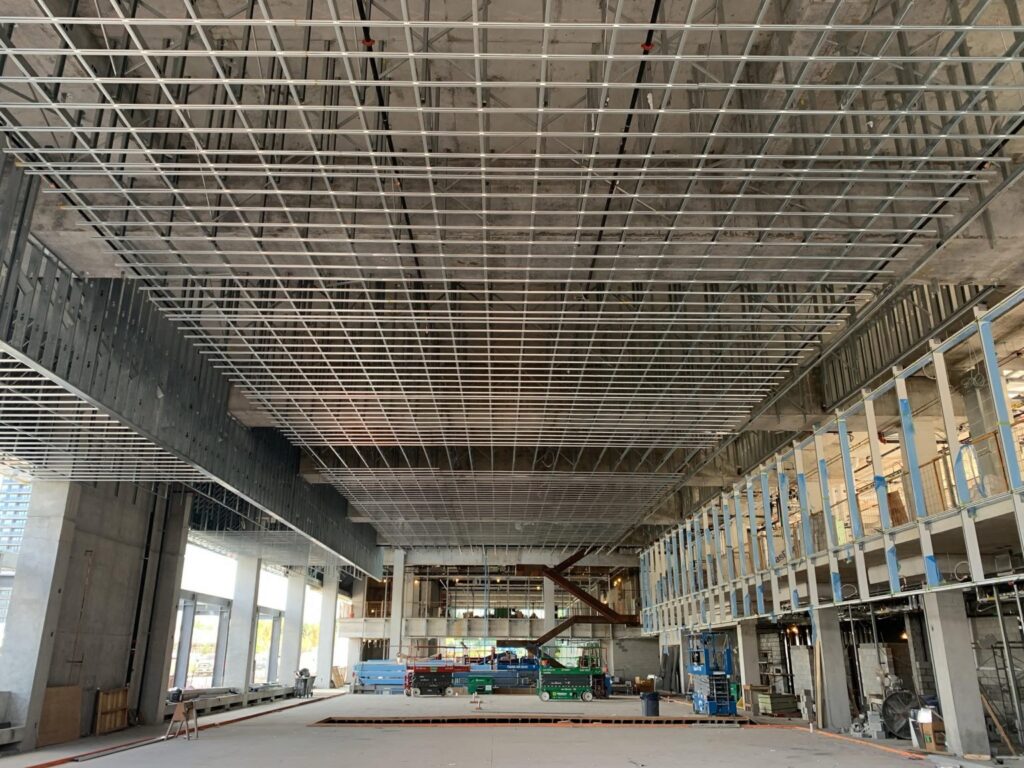 In October 2019, North York Community Council approved renaming the street and adjacent park (formerly called “Woodsy”) to Ethennonnhawahstihnen’ Lane and Ethennonnhawahstihnen’ Park. Public consultations at the time showed strong support for the renaming which was considered a meaningful recognition and Indigenous placemaking, as well as a step towards the advancement of reconciliation.

A significant Wendat archaeological site, the Moatfield Ossuary, is located 500-800 metres from this park and adjacent street. Extending the name to the new facility with the Huron-Wendat Nation as a means of building upon and deepening the community efforts and engagement undertaken to commemorate the importance of this site.

Staff are working with the Huron-Wendat Nation on a plan to commission Indigenous public artwork and historical and cultural interpretative content at the new site as a further placemaking effort.

“It’s been an honour to come together with the Huron-Wendat First Nation, TPL’s Indigenous Advisory Council and City of Toronto staff on the naming of this new library branch. Ethennonnhawahstihnen’ will be the first of our 100 branches with an Indigenous name and will be an opportunity for placemaking and placekeeping,” said Vickery Bowles, chief librarian.