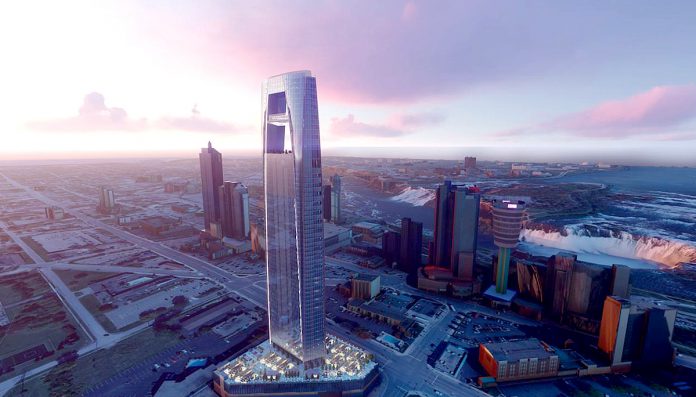 A 72-storey mixed-use building with a hotel and residential units – the tallest building in Ontario outside Toronto has been approved for land on Stanley Avenue in Niagara Falls.

As part of its design, the structure features a negative space near its apex. On top are suspended floors that contain the building’s trademark “Sky Bridge” and “Sky Link”

The development will feature “Sky Lounge” on its 56th floor. On top of the Sky Lounge is a “Sky Garden.” This will contain an exterior rooftop lounge and pool.

Following a public meeting last Tuesday, city council approved the plan to transform an area that for many years has housed a partially built hotel that was never completed.

As reported in the Niagara Falls Review, 6609 Stanley Nominee Inc. is planning to build one of the tallest buildings in Canada. Currently, the Hilton Hotel & Suites on Fallsview Boulevard is the tallest hotel in Niagara Falls at 56 storeys.

Amendments to the city’s zoning bylaw and official plan will permit the construction of the hotel and parking garage, on three parcels of land encompassing an area along Stanley Avenue between Dixon and Dunn streets and including Level and Cleveland avenues.

The official plan currently allows for mixed-use buildings up to 30 storeys tall on the land. A total of 456 hotel units and 275 dwelling units are proposed. A portion of the required parking will be provided in an underground parking structure.

While the city received a petition signed by about 20 people opposed to the size of the development, council was impressed with “the possibilities” of the new hotel complex.

The applicant requested site-specific policies to permit the 72-storey-tall (255 metres) building in exchange for the contribution of capital facilities to the city and streetscaping along the property’s frontages, the Review has reported.

According to a planning staff report, “the development complies with Provincial and Regional Policies that encourage increased opportunities for tourism development within the Gateway Economic Zone and appropriate intensification of land uses.”

The city approved a plan on the site in April 2000 by Rudan Holdings Ltd. for a 30-storey Crowne Plaza hotel with 300 rooms along with a convention centre, restaurants, stores and underground parking.

However, the 9/11 terrorist attacks and subsequent drop in tourism impacted the company’s ability to get the financial backing it needed to finish the project, The Niagara Falls Review reported at the time. Construction stopped in 2004, leaving a two-level concrete foundation with a three-level underground parking garage. 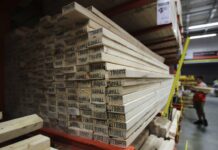 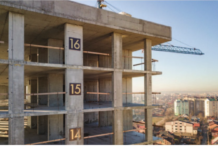 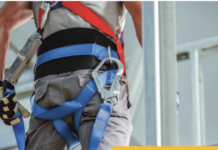 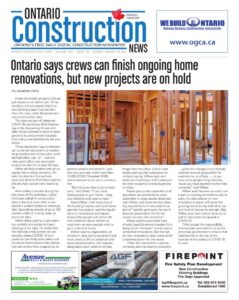