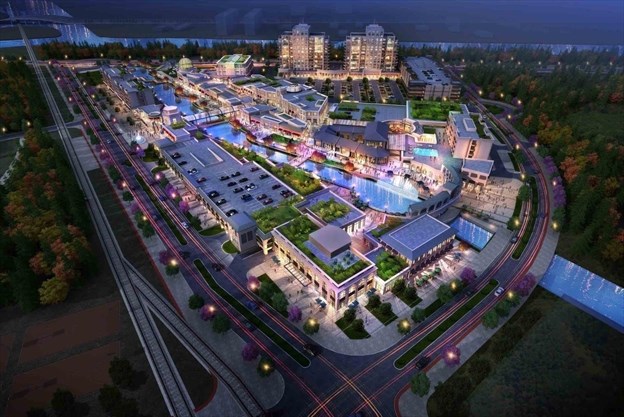 The City of Niagara Falls hosted an open house recently regarding a proposal by GR (Can) Investment Co. Ltd., a Chinese company planning a massive tourism and housing development.

Known informally as Thundering Waters, the planned development is a $1.5-billion tourism, residential and retail complex south of Niagara Falls, near Dorchester Road, the hydro canal and Chippawa Parkway.

GR refers to the riverfront community development as the Paradise Project and says it will be “one of Canada’s premier multi-use communities that focuses on ecologically sustainable development and enhancing the natural beauty of the area.”

An appeal from a local environmentalist was dismissed by the Local Planning Appeal Tribunal (LPAT) last October.

Currently, GR (Can) owns about 193 hectares of land — about half provincially significant wetlands that can’t be developed. Most of the was listed for sale in July 2019 and, according to reports in the Niagara Falls Review, the company is seeking experienced investors to work with on the commercial portion of the project, and for experienced builders to assist with the residential side of the development.

The city is now accepting comments on the first of three phases, including a draft plan of subdivision and zoning bylaw amendment request.

GR has requested to subdivide 77.9 hectares into seven blocks for more than 1,000 dwellings, one for mixed use, two for open space, four for environmental protection, two for utility services, one for other lands owned by the applicant and not proposed for development at this time, and more for road widening.

Following the open house, a report will be presented to municipal council at a future public meeting.

Niagara Peninsula Conservation Authority issued a notice of violation against GR in November 2018 relating to damage caused to sensitive wetlands during soil testing. The company was ordered to stop and develop a restoration plan to repair the area.

GR was also charged in 2019 for violating the Conservation Authorities Act due to unauthorized work in a wetland or wetland buffer.

According to reports, the company has invested more than $40 million, including $22.5 million to purchase the land.

In May 2018, Niagara Falls city council approved amending the municipality’s official plan allowing the development to move through the development process, subject to 27 conditions. Niagara environmentalist John Bacher filed an appeal in August 2018 against the city with the Local Planning Appeal Tribunal, which hears cases related to a range of municipal planning, financial and land matters. Bacher’s appeal was dismissed by LPAT in October 2019. The dismissal was seen to pave the way for GR to move forward with its next round of applications. 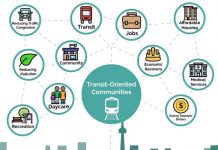 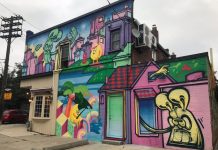 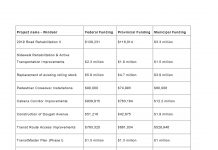 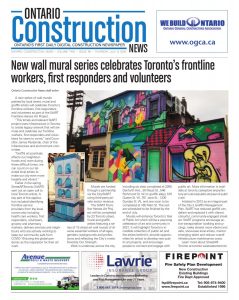