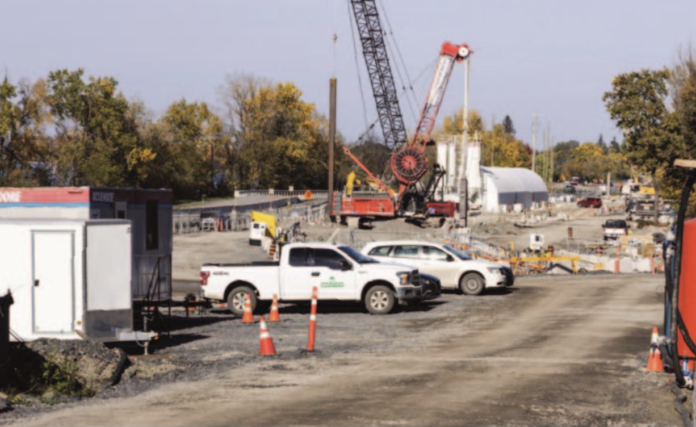 Due to the pandemic’s impact on major construction projects, the O-Train South extension is now anticipated to open in spring 2023. Contractor delays pushed out the original schedule of summer 2022, according to staff reports.

Ottawa’s finance committee received an update on the three extensions of the Stage 2 LRT project at the end of December. 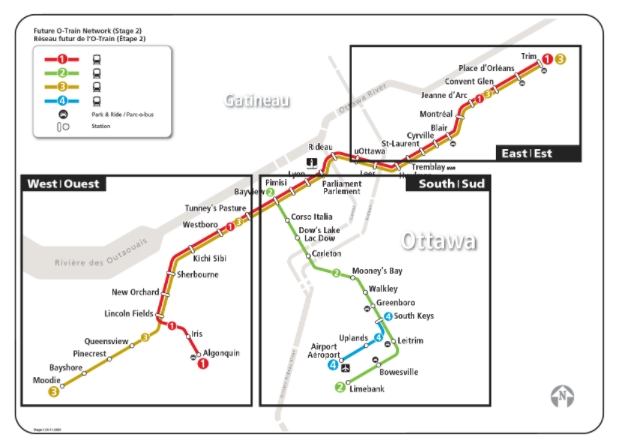 In the south, work is progressing at the Walkley Maintenance and Storage Facility and on multiple bridges, with girder installation underway at the Ellwood Diamond and Hunt Club rail bridges. Station construction has begun at all sites to the south. The first Stadler vehicle has been delivered and assembly is underway. Remaining vehicles will arrive in 2022.

In the east, Highway 174 roadwork is underway, and utilities are being relocated to make way within the centre median for LRT infrastructure. Construction has started on four of the five planned LRT stations. Construction of the East Rail Flyover bridge and Montréal Station bridge has been completed.

In the west, work continues at the Moodie Light Maintenance and Storage Facility, as well as at Queensview, Iris and Lincoln Fields stations, and along Byron Linear Park.

The Committee also approved acquisition of 3101 Albion Road(link is external) from the Canadian Pacific Railway, for possible future expansion of the Walkley Maintenance and Storage Facility. The Committee also delegated authority to the director of the rail construction program to negotiate and carry out both station construction and operating agreements for the Airport Link with the Ottawa Macdonald-Cartier International Airport Authority.