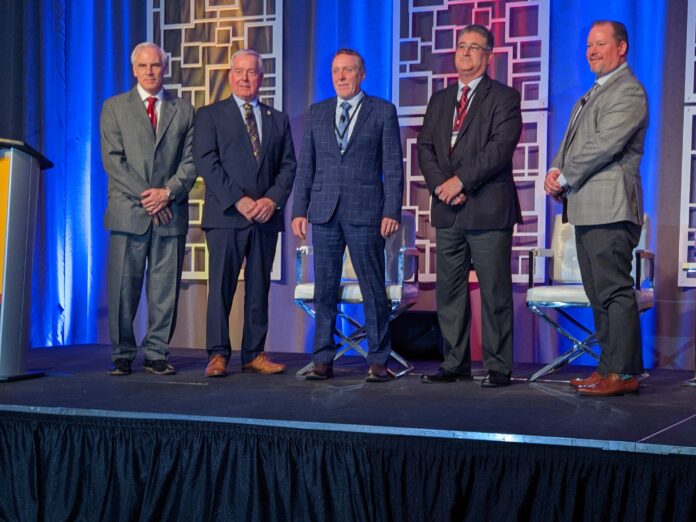 Representatives from dozens of construction unions and employer organizations gathered last Thursday (March 3) for the first time since 2020 for the Ontario Construction Secretariat’s (OCS) 22nd State of the Industry and Outlook conference in Mississauga.

The general consensus from speakers and the audience: The unionized industrial, commercial and institutional construction sector in Ontario has fared quite well through the COVID-19 pandemic, and conditions look promising for the future.

But there are challenges: Inflation and supply disruption, combining pandemic-related challenges with the current conflict between Russia and Ukraine, are creating inflationary challenges – which will be reflected in labour negotiations this spring, as construction contracts conclude in the triennial negotiating cycle. 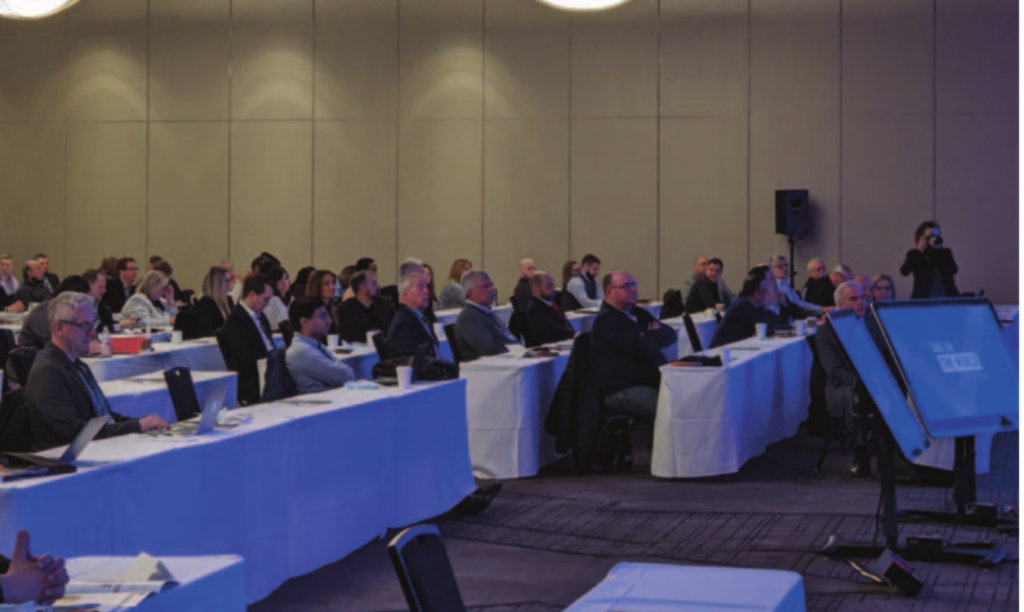 The bigger challenge with inflation however is “what economists refer to as second round effects,” namely higher wage costs as workers seek better pay to maintain their living standards.  Canada’s employment wage increases are not as high as elsewhere in the Western world – currently ranging about 3 per cent — “but it’s something we need to keep an eye on,” he said.

The general consensus:  Organized labour and unionized contractors worked well together during the pandemic to keep workers safely on the job, through intensive and collaborative communications and co-ordination.

There are still challenges, including improving the place of women and minorities in construction and in managing mental health issues.

“The one thing in looking back that I do not believe we did well enough was mental health,” Arsenault said.

Later, in response to a question from Ian Cunningham, president of the Council of Ontario Construction Associations (COCA), Mark Arnone from Aecon Nuclear acknowledged that the focus on safety relates to conventional safety, radiological safety and environmental safety, “but we don’t talk about your mental health.”

Cunningham had expressed concerns about the level of opioid abuse among construction workers, as well as other challenges.

“Thirty percent of the opioid related deaths in Ontario are among workers in the construction industry,” Cunningham said.

“The incidence of smoking among construction workers is twice the national average. And the rate of mental health issues and suicided, i think it’s the third highest among all industries.”

“And I just ask, do you think there is something that should be done to change the culture of our industry away from these kinds of hazardous activities?” Cunningham said.

One speaker responded: “If there’s an incident on a job, there’s someone there trained to apply the bandages or whatever the case may be, or ensure that the worker receives the proper treatment. We ought to be looking on a job site where there is someone who is trained in Mental Health First Aid as well.”