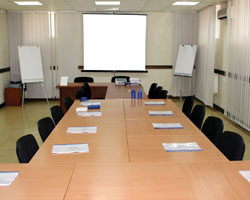 The government says it will cut $16 million from the Ministry of Labour’s Prevention Office, reducing its budget from $119 million to $103 million.

The office, responsible with preventing occupational injury, illness and death, is funded through WSIB premiums.

Most of the funding cuts will impact research projects on issues including occupational disease. As well, the cutbacks will affect health and safety associations providing ministry-approved straining and support to Ontario workplaces.

The reductions follow a “thorough review of all government programs in order to ensure that valuable programs and services are sustainable,” ministry spokesperson Janet Deline told The Toronto Star, resulting in “difficult decisions with respect to funding agreements.”

However, critics say the cuts make “no sense” because the prevention office’s costs are fully reimbursed by the provincial workers’ compensation board and are not borne by the general public.

“It’s not even tax dollars. It makes no sense. It will not affect the provincial deficit,” Maryth Yachnin, a lawyer with the Toronto-based legal clinic Industrial Accident Victims Group of Ontario (IAVGO) was quoted as saying. “It will ultimately lead to more accidents.”

Deline said the spending reduction relates to the ministry’s commitment to achieving value for money and does not impact the government’s fiscal position.

“All programs are subject to expectations around service modernization, cost efficiencies, and value for money,” she said.

The province’s health and safety associations will lose about $12 million in funding.  Meanwhile, research funding will decline by $1.68 million, reaching $6.8 million this year compared to 8.5 million last year.