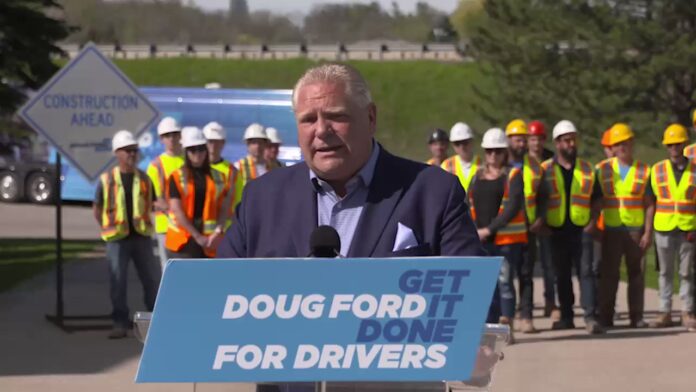 PC Leader Doug Ford says his government secured several large auto investments over the past four years, including a Stellantis-LG electric vehicle battery plant in Windsor, Ont., that is set to be operational by 2025.

In the Tories’ recent budget, which they didn’t pass and is serving as their election platform, they said they were accelerating the development of five transmission line projects to southwestern Ontario to address growing demand in the region.

The Progressive Conservatives say the new lines would supply more clean energy to the region and further support economic growth there.

The transmission projects between London, Windsor and Sarnia are expected to cost more than $1 billion and are proposed to be developed in phases through 2030.

The New Democrats won all three Windsor-area seats in 2018, but the Tories believe they may be able to pick up at least one of those seats this time on the strength of their auto investments.