The City of Ottawa’s Planning Committee last Thursday approved a zoning amendment and a heritage permit to allow a six-storey building with 30 units at the northwest corner of Bank and Florence streets. The site itself was left vacant after a 2002 fire destroyed the  heritage building that once stood there.

A heritage permit is needed as the property is within the Centretown Heritage Conservation District. The committee agreed with staff’s assessment that the design of the new building is sensitive to the site’s history and surroundings. The zoning amendment would see a two-metre increase in permitted height and eliminate the need for two visitor parking spaces in this pedestrian-friendly neighbourhood that’s well-served by public transit. 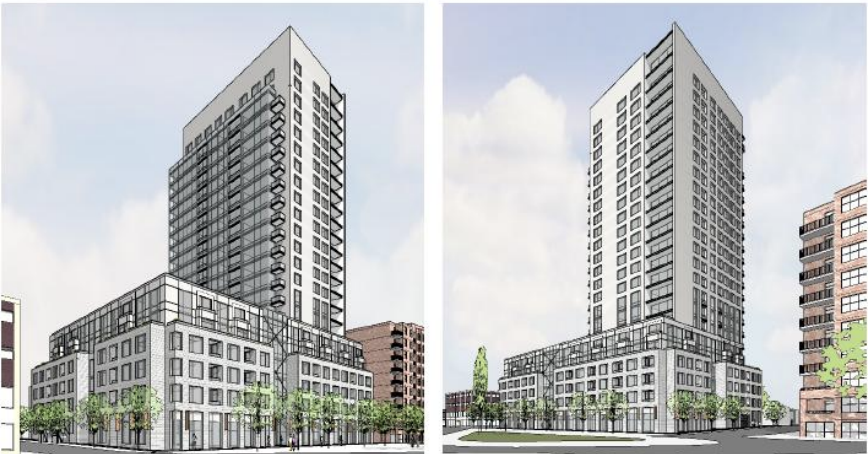 The committee approved Official Plan and zoning amendments that would permit a 12-storey building on an entire city block just north of Somerset Square Park. The proposed building would include 248 residential units, with ground floor commercial space on the south side, facing Wellington Street West. The design would see building height drop to nine storeys mid-block and then to just four storeys along Armstrong Street to the north, where a row of townhouses would face existing homes.

The amendment would permit additional height and require that the applicant invest $361,000 in community benefits, including traffic calming measures and a commitment to bury hydro lines along Garland and Armstrong streets. The applicant would also provide $250,000 towards the Hintonburg Community Association for land acquisition.