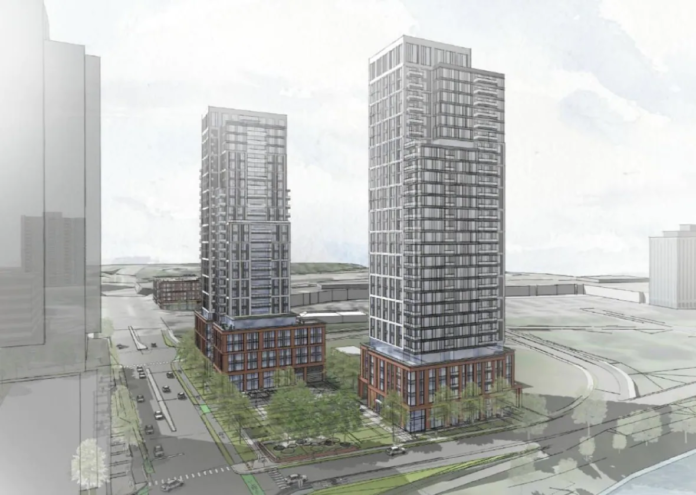 Ottawa’s planning committee has approved a 26-storey tower at the intersection of Bank Street and Riverside Drive near Billings Bridge mall. The July 8 approval is the first of many changes planned for the area.

The planning committee also approved several other highrise projects, despite objections from local residents, as the city continues its intensification policy.

The site, formerly occupied by a fast food restaurant, will be developed into a tower including 326 apartments and 65 short-term rental hotel units, along with a co-working space on the podium’s second floor.

Meanwhile, across the street on the mall’s property, the city has received applications for two towers, one 29 and the other 27 stories high, the Canadian Broadcasting Corp. (CBC) reports. As well, the city is redesigning Bank Street and plans to rebuild its watermains and add cycling tracks from the Rideau River south to Ledbury Avenue.

Planning Committee unanimously approved The Lofty Riverside project, although the Alta Vista Community Association asked that it be held off until design issues are resolved. The city’s urban design review panel had found many shortcomings with the project in May, suggesting it needed to be better separated from the future towers across the street, or the area might “create more of a bottleneck than a gateway.” 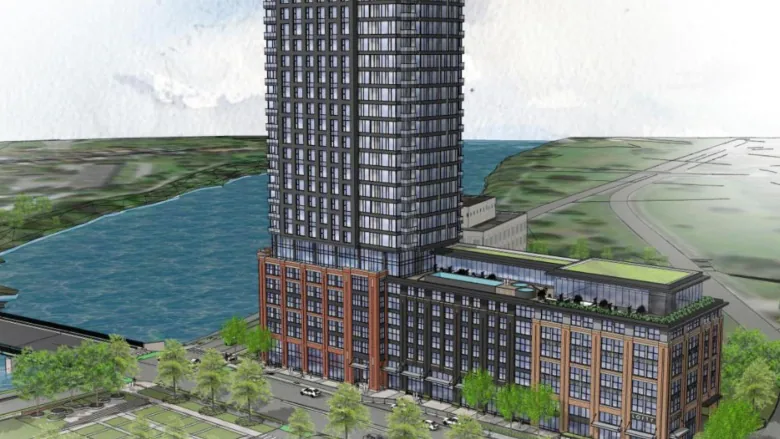 Architect Barry Hobin, who prepared the concept drawings for projects on both sides of Bank Street, disagreed they would create a canyon, as one resident described.

“They speak to the other. There is some yin and yang connection between these two projects,” Hobin said.

At the meeting, the committee approved several highrise projects in different parts of the city, despite objections from residents who urged the city to think big-picture and long-term as it makes planning decisions.

“Your job at this committee is to shape the city in the long-term interests of its people, not to make ad-hoc decisions for short-term interests,” said resident James Russell.

Residents near the north end of the Glebe opposed a 16-storey highrise on Chamberlain Avenue. CBC reported that they have been working with the city on a study for building heights along their part of Bank Street, and that site called for six storeys. The study has not yet been approved however, and staff said it was not a policy to be followed.

In return for the extra height at the Chamberlain development, Capital ward would receive $952,295 for affordable housing and traffic calming, while the Centrepointe project would bring $600,000 for traffic calming and the library branch, CBC reported.

All three files are to go to full city council for approval on July 21.